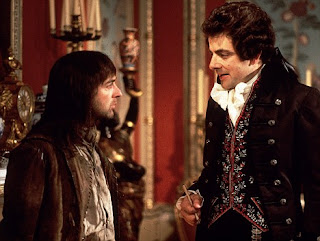 So the credit crunch is upon us, this week you just couldn't get it out of the news. Stock markets up and down like toy yo-yos, tax talk and mortgage worries. Speculation and more speculation. But thinking about it, here in Italy the crunch has been giving dirty looks for quite some time now, ever since the Euro reality came to light really; now it's yelling at us in its foulest language.

But it's not the crunch itself that's been bugging me. It has more to do with Joe Bloggs' attitude towards it. The moaning has droned to a high through these recent weeks and is set to grate on us even more. And because people don't know what they're moaning at.

"You're better off putting your money under the mattress like once upon a time," I heard someone say. Not a stockbroker or financial big wig but just an ordinary person with a current account. It nearly made me laugh. The way he talked you would think we all would be jumping out of 50-story skyscraper windows the next time the FTSE or The Dow Jones took a kamikazee dive. Maybe that's the media to blame, malinforming people and trying to add spice to conversations over dinner. But still, people's attitude can be annoying. Are we not talking ourselves in to recession??

Where there's a will there's a way. People in England moan at me about politics. Guys, please don't. I'm far from a genius on the subject but at least I can see when the politicians here in Italy aren't, let's say, genuinely interested in the growth of the country. Unfortunatly it starts with them. I would gladly have Gordon Brown here at the moment. How can a country like Italy have an economic growth difference of -40% compared to Germany who were in the same shoes as them, if not worse (deficit of the ex-DDR to absorb) after the entrance of the Euro?? Answers on a postcard please.

Ok, ok...I won't go any further...but hey, I'm just Joe Bloggs who wants to roll his sleeves up and get on with it in a room full of negativity. What a hardship it will be if we have to sell the BMW X5 for a Toyota Aygo or a small Fiat, eh?

With all that in mind and a disappointing 1-1 draw on Saturday, I decided to combat things with a Sunday of music, aperitivos and dose of Blackadder DVDs...