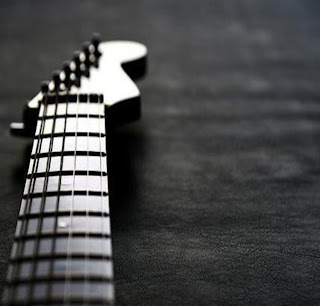 Quite a few people know I write, they know I've studied Journalism and that I love reading so for them it is not so much of a surprise. Not many people know what I've written, apart from here (seeing as it's for the whole world to see). The truth is I'm nearing the end of my second manuscript. I say manuscript and not book because until it is printed and on the shelves of a bookshop it is just that. I also say nearing even though it is completed because I'm not sure if it is finished. Yes, like most writers I'm not sure if I'm satisfied enough not to change it anymore. However I think I am wholeheartedly now ready to expect the string of rejection letters.
So as I near the end of the second, I feel I need to start again on the draft of the first manuscript because it really does need some work done on it. I cringe at what I've churned out and thought was ready (and had subsequently sent off to literary agents). But I also have an idea for a third. A kaleidoscope of thoughts light up and intertwine around in my mind as usual, but a distinct idea is there somewhere, and has been for a while. This week that idea managed to sweep out of the way the prospect of working again on the first manuscript. I had a moment listening to my Ipod that changed it all.
I had a Rock 'n' Roll moment. One guitar riff acted as a catalyst to unhatching the egg of my idea. The guitar riff from the Kasabian song Underdog did it.
I am generally more of a dance music kind of guy; club or house music, RnB, and Soul music. Give me a funky bassline any day of the week. But now and again I need to rock. I need a raw, graty sound to bring out another side of me. Unfortunatly the last time I listened to Linkin Park in the car on the way to playing a hockey match, I was promptly sent off not long after the start. It doesn't bring out so much an angry side but more of a competitive streak, a tension relief of explosiveness. Hey, everyone needs a release valve, don't they? Well in this case it released a kind of explosive story I have in me. That one guitar riff set the mood to what I was after.
Once I had listened to Kasabian, then next came Sex is on Fire by the Kings of Leon, then the Red Hot Chili Peppers' Fortune Faded, Oasis, then Linkin Park then...well it was a sort of rock influenced medley. I even hunted through some dance tunes that have a grinding guitar riff to vibrate me off the walls and in to a seat at my desk infront of my laptop. What I wrote was raw, but at least I started chiselling at the stone.
It's amazing how one small detail can determine so much.
I may need to listen to something like an Enigma album on my Ipod to fall asleep tonight - right now I think I feel like trashing a hotel room. But hey, that's Rock 'n' Roll baby! (Air guitars not included)
Email Post
Labels: Music Writing