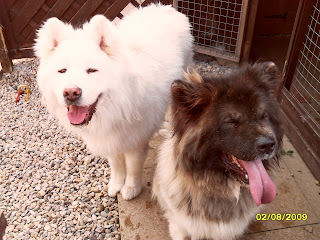 There is a phrase that has been sat in my notebook for a few months now. I can't even remember where I got it from. But all I remember is that I wrote it since I started studying again and how much it rings true to me:


Hire for how they learn, not what they know - or what you need doing now. Learning new things is at the heart of innovation.


I don't really want to go into it too much right now, I want you to read the words and let them speak to you like they do to me, but it is like these words were tailored for me and given me the reason why I went back to university. Since being made redundant this year in the middle of the worst economic crisis in modern times seemed to be a good enough excuse to start studying again, but actually I had been planning on it even when my job was safe. It just so happened I got around to it in the same period. I realise now how much I like learning new things. I wish it had been the same at 18 years old.


People want guarantees in these uneasy times and that makes it harder to find work. I have lost count the amount of times I have heard or read "need to hit the ground running..." on job adverts. A need to know basis. Companies want it now, they wanted it yesterday and they want it tomorrow. Not next week or the week after or when you have settled in. That's when that phrase came back at me and I flicked through the pages trying to find where I had scribbled it.


After being told I don't have enough experience for the role, I have too much experience and that I don't have the right experience it starts to piss you off. What do you have to do? Getting a foot in the door is one thing, but finding a door that opens is something else right now. I'm not asking to come in, sit on the sofa and put my feet up. I am asking you to answer when I knock, just for the chance, the rest I will do. If you don't pass me the ball then I'll never be able to score a goal, or even learn how to shoot.


This is something Le Roi of football, Eric Cantona, put so well when talking about his glory days at Manchester United in a recent interview: "When you pass the ball you have to trust them and it's the same in life. Passing is like communication. But it also gives great confidence to someone else, a pass. We all need this I think." If you never get the pass, you will never have the confidence to play how you know you can, you won't have the confidence to take on the opponent and drill the ball in to the back of the net.


Dogs live in the now. Not the past or the future. Right here, right now. They don't care one bit what you did in the past, who you are, whether you are the Prime Minister of England, a famous film star or a road sweeper. To them you are energy. Your energy feeds them. If you give them calm, assertive energy, they will react and behave like the best friend in the world. They know when you are their leader, their companion and the one who gives them love, affection and food and water. They don't care what happens tomorrow. They care about now. Sometimes I envy that of dogs.


To put some order in to the thoughts I've splurged out on this page, my point to all this is learning. Learning isn't just academic; about getting your degree and then doing it. That is just the start. Doing things now, yes, but learning at the same time. We always learn whether we like it or not, every single day of our lives. We do and we learn at the same time. Right here, Right now.


Rereading now what I've just written, I wasn't sure I wanted to post this. It doesn't have the right energy, the one that I usually have. My brother's dogs probably wouldn't approve, but I'm going to post it anyway. To remind me.
Email Post
Labels: Attitudes Thoughts