What a difference a walk makes 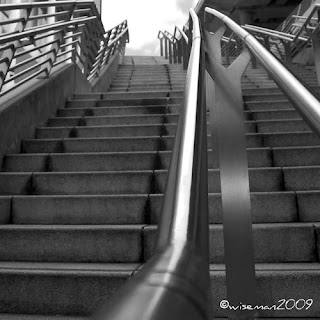 Last night I watched the Champions league Final (I am but a mere mortal man) between Manchester United and Barcelona. It was a great game of football, the final that all football fans wanted, for the good of the game, for the show. Even as an Englishman who will always support an English team in European competitions, I would not have minded this time around if Barcelona won. Infact they did. The way they came out in the second half, they deserved it. Chapeau.

But you can't say that Manchester United lost. After getting all the way to a final, playing it without diving cheating and rolling around and waving arms and swearing infront of the referee, where football triumphed, they weren't losers. I prefer to call them what they were: the runners-up. Getting to a final at Wembley, you can't really be considered a loser.

Yet in that walk up the steps to receive medals and the winner, the cup, there was is a huge difference. The difference between Sir Alex Ferguson leading up his team in a long heavy, trudge for the players, and then Josep Guardiola leading up his, the players bouncing in every stride, two steps at a time despite 90 minutes of playing your heart and legs out. The difference of the handshake of Vidic the Red Devils captain with Michel Platini and the FIFA officials, and that of the Barça captain as his hands clasped around the big-eared silver cup and lifted it.

The hunched walk back down to the pitch with the runner's up medals weighing heavy around the back of the neck on that ribbon, passing infront of the cup as it is placed over their heads. The vibrant float of grace like on a magic carpet ride with their bounty, backs being patted, hands being shaken, smiles from one end of the stadium to another. The lap of honur as they salute the fans. Their chorus of celebration soothing the player's aching muscles where the long season has squeezed them but now seemed no more than a memory and irrelevant to the matter in hand. The Manchester United fans straingin to life there arms as they appluad their faithful.

We may all walk down the same path and beat the same pavement, but each journey is unique. A boyfriend and girlfriend who walk hand in hand, together as one, both smiling and both in love. But unique to theirselves, with the way they walk, with every action and thought with each step. A busy city centre with thousands of people walking in and out shops. Walking in the same shops, walking out of them, moving on to another. the exact same steps as shoppers before them. But people buy different things. A motorway filled with cars, three lanes of traffic moving all the same way, in exactly the same manner, on four wheels or two. Even if for the same destination and speed and the same songs on the stereo, the people in the car will make the difference. No two journeys are the same.
Email Post
Labels: Living People Places Sport Travelling