My own private contradiction 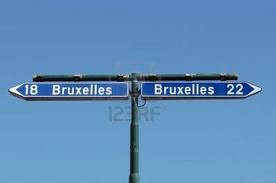 Oh lazy days (Oooh lazy daaaaayyys, sing with hands in the air gospel stylee). Today I had no intention to write. Not a word. I wanted to just laze around, read, watch a movie and generally do diddly-squat. I wasn't even drunk last night, I had an early Saturday night and therefore my body hasn't been demanding I veg on the sofa nursing a hangover. Well, early meaning I was in bed by 3am.
So there was I was laying on my sofa (at least I got that far, but if you read my last post - http://andrewgranville.blogspot.com/2111/10/laying-down.html - you'll understand that isn't difficult...) reading the last pages of my latest book, 'Vibrator' by Japanese writer Mari Akasaka (and it has nothing to do with sex toys before you even go there..). The thing is, when I finish a book I always flick back through and skim over different pages and passages of script that have captured my attention; quotes I underline to be with me forever more, that sit in my bookcase to be brought back to life on days like this. However it is just now that I realise desite my lazy intention, I have already written two paragraphs.
And I know why. It was one quote from 'Vibrator' that is the cause of this, that has concluded me in to contradicting my own intentions: "Depression is looking at the perfectly blank screen of your computer the moment you start writing." My mind took over.
Yeah, so it's actually your fault, Mr.Mind of mine, you have no will power, you cannot say no and ignore a quote like that, you start to cruise. You are my own private contradiction, going against the flow and the day's mood. You are driving me to the end of this fourth paragraph (I just had to scroll up and check that...).
So what was he thinking? My mind that is. Maybe it's not his fault, he can't turn off. Maybe it's my own fault. I obviously didn't read and underline the ownership papers of him before I go and read previously underlined quotes. But, the depression of it? Hmm. Looking at a blank screen like that has happened to me plenty of times, but I don't think I get the 'depression of it'. Is it the writer's block? Or ruining the perfect blank screen with crap words because you are forcing yourself to fill in and therefore they don't sound right? Is it like my crisp white field of snow and making snow angels theory? Even so, the writer's block part has never depressed me. Frustrated me -yes, pissed me off and made me swear at it and bang my forehead on the desk - also, but never depressed me.
Maybe I have discovered another reason to write now; to question myself.
I have a notebook where I write with a good ol' rollerball pen-of-choice things which come to me. That is, things that I feel impelled to write down, because they could lead to more words and more journeys. Without this notebook I can sometimes feel lost, it has become my compass. It was a present for my birthday from a mate and his wife. and I just knew from the moment I opened it what it's purpose would be.
I've just flicked back through a few pages in this notebook at something I wrote down and just right now I know why I wrote it. For moments like these. I wrote "I can't remember what I want to write down - I wrote this to remind me". There is so much traffic in my mind at times that I need a uniformed officer of order to give me a writing ticket and write it all down and stick it under the window-wiper of my eyes. I could be at work, out on the dance floor on a Saturday night, driving or sat on the toilet, all moments I can't write it down.
My mind is constantly on the move, a constant 3-lane flow of traffic which at times comes across a bottle neck and just won't filter through. My notebook has become my traffic Police, my regulator of the flow in his flourescent vest and white gloves, writing it down. I even use the high speed motorway Police car of a folder in my mobile in times when even the notebook is not with me. I might not have had anything to write about today.
Which is pretty much what I had intended to do. Like I said, I am my own contradiction.
Wow, 10 paragraphs.
Email Post
Labels: Living Reading Thoughts Writing