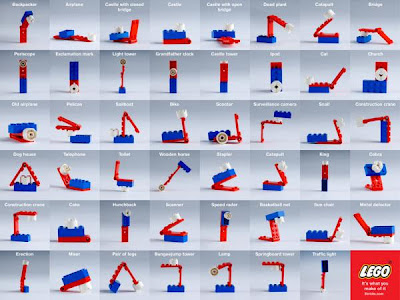 I can see myself as an old man, spending my pension days sat on the terrace of a cafe watching the world go by. I'd like to think there are quite a lot of years to go until those days come. In the mean time I've been getting some practice in when I went to Morocco last week. The morning after docking in the port of Tangier and spending the evening wandering through the Medina and its haggling market stalls and winding streets spindling off the Grande Socco, I had breakfast in Café de Paris.
It wasn't really the amazing coffee or pastries that attracted me there. I have to admit it was the movie geek in me that took me ever since watching The Bourne Ultimatum with the scene in Tangier at the Café. I just had to go there and see it, simple as that really. The coffee was actually good and strong and I sat outside on the sidewalk terrace on the corner of a busy roundabout, one step back from the bustle that I adhere to so much ( http://www.andrewgranville.blogspot.com.es/2011/02/bustle.html ). I had the best of both worlds there relaxing, while watching and taking it all in; the people walking by, the organised chaos of the traffic with the peeps of the Policeman's whistle and the toots of the turquoise Petits Taxis. Right across from where I was sitting is the French Consulate which sits a few more steps away from the bustle than me behind its gates and garden. Maybe it was here that was supposed to give you a little taste of France.
But in Italy not France, in Bologna where I lived, there is another Café de Paris in the heart of the city where life is vibrant. Somewhere I would not go for a café au lait in the morning but for a glass of wine to start the night off, or shots and mojitos during it. Sundays were aperitivos night all the way with ethnic and fusion food. Great company and great music whenever we went. I can't wait to go back there soon.
How many Café de Paris' exist around the world? There are some more prestigious and glamorous than others, some modern, some with the same immaculately kept, 1950s brown leather sofas and chairs like in Tangiers. Some with the best lighting and the coolest DJs and others with just nothing but a damn fine coffee and a newspaper. There is one for everyone of us somewhere out there. But couldn't that be said for so many things? It's what we make of the choices we have that counts. That's why I hate to hear people say "I'm bored". It even irritates me. There is just so much to do and see if you just open your eyes and your mind. Really open them that is.
As much as I could have sat there for an hour more on the terrace, there was so much more I had to go and see while I was there. So much to absorb. I paid the distinguished waiter and got up to go, but not before politely nodding my goodbye to the local, old moustached-man sat at the table next to me, who smiled back. I wonder what Café de Paris means to him. Maybe he had an idea of what it means pour moi.
Email Post
Labels: Attitudes Culture Living People Places Thoughts Travelling