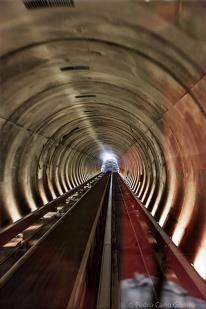 Yesterday I was in the gym on the treadmill. After snapping off from summer and going to Italy and training with my Bologna team mates, I feel the need to seriously get match fit for my new Hockey adventure in Spain. So there I was, on the treadmill, quick walk and stretch for a minute or two then straight in to the programme I had been given - two minutes fast, two minutes slow, to slog it out over twenty-five minutes minimum, and that was just to start. Ipod on and earphones in place I started to pound out the running steps with the beats. It was then, half way through, when the first wave of strain hit the legs and the sweat is already pouring down and you start thinking how-the-hell-am-I-gonna-do-the-jumps-and-squats-and-two-hundred-kilo-leg-presses, that I had to focus more; don't say anything and just hit out those beats. It was when I looked up and saw myself in the sprawling wall mirrors in front of me.

I had the same expression on my face as I had seen in a hockey photo of me during a match from a few years ago in Italy. A photo where I was dribbling and forcing the ball around the defender's left side near the touchline, my left shoulder dropped in to the lunging defender to hold him off. And a brutal face. A face I did not recognise, not me. It was a burrowing frown and scowl, eyes wide open, as I bit down on my gumshield, not exactly catching the best side of me let's say. And yesterday on the treadmill I saw it again, and this time I recognised it.

It was a face that said buckle down and get on with it. Try your best of course, but like Nike used to say, just do it. My eyebrows brought out an almost sharp, evil slant to me. As much as I had never even thought how I look when I play, I know that when I bite down on my gumshield and get angry, the best of me comes out on the field. That shouldn't be right, it shouldn't be that way to play a sport, I shouldn't get angry,  it should be a joy. But that is who I am. I am joyously angry - Hmm, well I've told you all how I am my own private contradiction (http://andrewgranville.blogspot.com.es/2011/10/my-own-private-contradiction.html). Ugly and scowling, but effective. I know when I am going in to a tunnel like a HGV and I know I need to turn on the full beam headlights.

Full speed ahead. But it's not just hockey. I wanna play, I wanna do, I wanna work, I wanna study. I wanna really try and I wanna give everything I have. I wanna go headlong in to the tunnel. There may not be a light to see when you enter the dark, but I know going forward there will be. Just when I thought I had focused so much on work and study this year, I now know I need more focus on all the other things. For a moment I thought it was the beats of the music that was driving me forward, instead, it was just accompanying me, it was something else that I feel in me, the music played to its beat, and I saw it come out yesterday. There is an old Chinese proverb that says a man grows most tired whilst standing still.

Oh boy oh boy oh boy I wanna play now. In to the tunnel I go. I feel like I can go like a duracell bunny - just not so fluffy and not pink. Definitely not pink, I hate the colour pink. And I am not cute, I had a brutal scowl, I could never be a testimonial for selling batteries.


P.S Thanks to my friend Pedro (http://fotopedrocano.com) for letting me use this photo of his, I love it, it drives me forward. Hombre, me encanta, gracias.