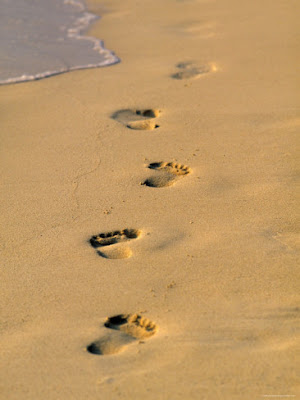 Sitting up on her beach towel from laying under the mid-summer Mediterranean sun, she looks out before her across the sahara-esque sand towards the sea. It is time.

She appears to focus on it for a minute or two, sussing it out, before standing up and removing her femme shades, dropping them carefree to the towel behind her before turning back to her focus. The sea. She homes in on her target and sets her sail to breeze across the beach.

Her direction is purposeful yet her footsteps glide silky smooth on the sand, her slendertone legs stride as graceful as a ballet dancer across a theatre stage. So neatly on top of them sits her derriere. Oh mamma mia..her derriere, the electric blue Brazilian bikini bottoms stuck to the delectable two halves. Her dark hair slightly sways in the light breeze and brushes her athletic back with the matching blue band of the bikini top. There is something Ipanema about her as she walks.

Tall and tan and young and lovely.

I watch her pass everyone as she looks straight at the sea, no rush to get there, but she will have nothing stand between her and the surf she approaches.

And when she passes, each one she passes goes, aah...

I continue to watch. I want to be like her, at one with the crystal blue water.

As she reaches the breaking surf she slowly but surely wades in, and as she confronts the first waves she becomes a mermaid. Her legs unite and she launches forth in to the waves, her arms expertly cutting in and out the water, her scaley lower half flipping in harmony. She eases in her domain, she negotiates the rocking, rushing, incoming flow to the shore. Dipping in and out, a siren in her home.

And then the time comes when the mermaid decides to go back to her other half-self and she turns back with gentle athletic strokes. She steps out of her fish skin and she is striding again, her tanned skin glimmering with the film of water that clings to her. She brushes back her tussles of hair, pulling it to one side to wring away the last drops, smoothing it back again. Back up the sand she comes, calmly, her duty to herself is done.

When she walks, she's like a samba that swings so cool and sways so gentle.

She heads my way, I sigh. I see her dark, Mediterranean eyes.

But each day when she walks to the sea, she looks straight ahead...at me.

She smiles and sits back down on her beach towel. And my wry smile gradually matches the beam of the sun high in the hard, blue sky. A lovely day. I feel all bossanova.
Email Post
Labels: Living People Places Seasons