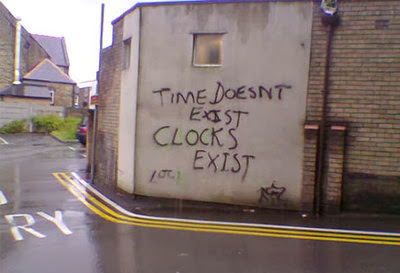 Yeah, we could all write something in that space. Whatever it would be, we all have our own idealism. We all represent things in their ideal forms, first and foremost, the world, rather than as they are. Yet I don't actually know what my ideal world is. There are two many of them, I need a whole solar system, I need to planet hop on a starship to get all my ideals in. But hey, I'm probably not the only one. Space is infinite and maybe there are enough solar systems out there for all of us and all our own ideals.

One thing I do know is that ever since I was 14 years old I have created my own world. On a hockey pitch. My world is a playground, it is ideal, I just get to play like a kid plays with his toys all day, just like Xavi and Iniesta and co for Barcelona (http://andrewgranville.blogspot.com/2010/11/kids-in-playground.html). It is like being in a big games arcade surrounded by consoles and joysticks, steering wheels and guns. If I play a big game I get surrounded by a stadium instead. I live and play in my own stadium arcadium.

In a games arcade you are surrounded by machines, flashing lights and graphics, but in a stadium you get to be surrounded by people. On a pitch you are in the middle of the people. Because people are the makers. They made the machines and they built the stadiums, they make the plays, they make the match. People inspire. Players on the pitch inspire the fans and the fans cheer on their players and inspire them to victory.

Still I want to be on the pitch. Even as the years go by and I come in to the twilight years of my hockey career, I still want to turn up to training, I still want to be out there, I don't want to sit on the bench. I shuffle too much, I can't sit still and watch when all I want is to be in the middle of it. I want to be in the place where I can't hide, out there in the thick of it, because that is what inspires me, that is what drives me still. I am still inspired. As years go by and I gather more worldly experience, my heart remains in the thick of it and my hands clench my hockey stick, but I am always the kid. I will always have a playground, I will always find my ideal world, or at least I will always dream of it.

I know idealism but I also do realism, I am a dreamer that lives in the real world. That makes me feel better because I can find a balance. But I will always feel even better on the pitch. I wonder for how many more years the legs will support my idealism.

I have just got back to Spain from a work trip to England where I hosted some clients at a sports event. I got wrapped up in stadium arcadium again. I didn't want to be hosting, I wanted to be playing. The night before flying back I was wearily walking down the tunnel to the Sofitel hotel in Gatwick airport and I got the feel for the stadium again. It was like I was walking out on to the green turf and the echoes of the crowd waved in to the tunnel. Only I was on my own and nobody around me. There were no echoes but with a cool swing sound playing on the speakers. And if I had to question how my legs will support my idealism, the music just took the doubt away. Even with a bag draped over my shoulders I found inspiration and managed to jump and click my heels. I wanted to do a spin and glide and if there had been a lamp post I would have swung around it. I was at play once more. Or have I never left the playground?

I am obliged to grow old, but to grow up is optional. Ideally.

'Man will never stop playing because he will grow old. He grows old because he quits playing.'
- George Bernard Shaw 1856-1950 (Nobel Prize for Literature 1925)