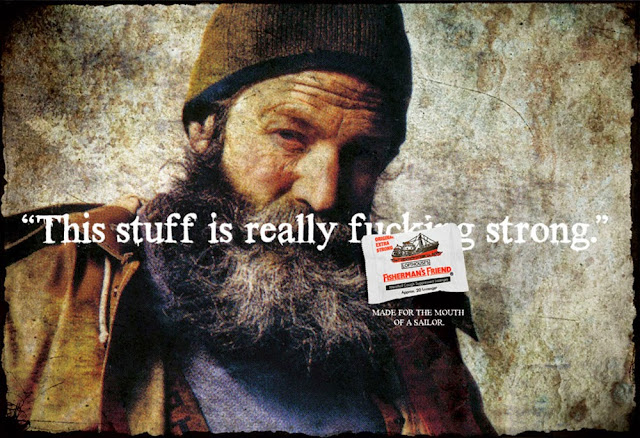 The catamaran across the bay was full. One and a half hours to wait for the next one. Not ideal, but hey, it was kind of expected in the first carnival weekend. The only thing is that in Puerto Santa Maria on this night there wasn’t really much going on with everyone in Carnival town Cádiz. But there was one particular bar close by across the car park from the catamaran quay.

It was planted in one of the high arches of the stone façade, where most likely fishing boats were once hauled in and parked overnight. Once inside, it looked pretty much like that, the space left by a boat filled with with draped fishing nets and fishing trophies strewn up behind the bar. A few simple wooden tables and stools scattered around in front of a stale looking wooden counter with the owner firmly fixed behind it propped on one elbow. I wouldn’t have called it the perfect date night but it would kill time with a couple of beers until the next catamaran came to zip us over to the street carnival party that had just kicked-off.

The place was pretty full of what looked like regulars; fisherman and friends, something that made us stick out like a sore thumb, even more than the new flat screen mounted on a wall with La Liga Saturday night football undisputed. A table of younger guys playing cards over a beer, two grey haired, paunchy middle-aged men sat at the bar deep in a world changing conversation in Andalucian. Then there was this old guy, sat on the table next to us, sipping on his beer, yet seemed like he was having a conversation with the whole bar. My Spanish doesn’t go as far as any dialect yet and I didn’t understand most of what he said, as he dipped in out of chat with the owner and wandering over to the card table and chipping in with his tuppence worth, welcomed even by the younger generations.

The fun that night didn’t start in the mass of fancy dress people in the streets of Cádiz with their botellon, but in the intimacy of that bar. Me and my girlfriend could not help laughing at the old guy, the comedy sketch banter and exaggerated throwing of cards in the middle of the table. We were the odd-ones-out but were made to feel at home and given not just a bowl of olives to accompany the beer, but with the second round of local brew our custom was shown it’s appreciation when offered some more nibbles by the friendly owner and being given almost a whole plate of canapes of needless to say, fish.

Then when the Matador walked in for a pack of cigarettes before joining the catamaran queue, the cracks were all in good jest and well within their place. It was the same for the big guy dressed as a Sheikh that joined in answering in his made up Andalucian-Arabic. We ordered another beer, there was still time, and the show was just too good to not take your seat and enjoy. I felt like we had walked in to a place that had not changed its aspect in years, a time warp, where everything had stopped and we were there to meet up before going to work at sea. We hadn’t had time to get our fancy dress this time round but maybe what we really needed were thick roll neck jumpers under a pea coat with a flat cap and pipe to boot.

This was an aperitivo in more ways than one, before we got to the main course of carnival in the town across the bay. It was a carnival of its own, I could have feasted on the nibbles of local seagoing life in that place. The carnival had started right there for us. La vida es un carnival. Life is a carnival. Or at least it seemed like that to us. Carnival life within life itself. It was nothing special but it set up a great night and a great birthday weekend.

In years to come I will look back on this night and remember more about this than anything else. It makes me realise the simplicity of life is not to be scorned at, I have learned this in recent years with my grown interest in design and minimalism. I think we need to take a minute to appreciate this before we enjoy the rest. I’m just not sure, even after years of living in Italy and how well I master languages, that I will ever become one of the guys around a table in a bar playing cards, but I appreciate the fun, the gesticulation and the dialectal tone to spice up life.