A Christmas gift it is 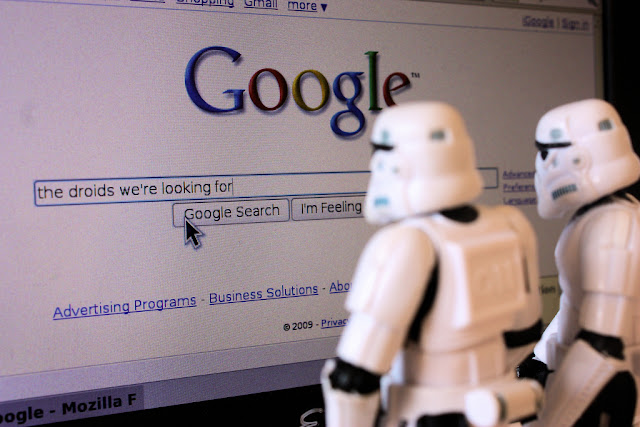 The problem with writing this post is that I can't sit still. I'm as excited as a kid at Christmas...oh wait, it is Christmas and I am a kid looking forward to being with friends and family. It's that one period of the year when I just love being back in England.

But right now it's not the the feeling of it actually coming up to Christmas and being 'home'. The receiving was firmly overtaken by the giving a long time ago, but I got a feeling back, one I haven't experienced for quite a while, the one when you just can't wait and you want to pee yourself just can't keep focused because of some chemical reaction inside you flowing through your veins and a vortexing feeling  in your stomach. I have tried to sit down and write this so many times but the words just won't come out and on to this page. Now they are bursting out in any which party-popper way they can, so I apologise for any literary mess I make.

It is because the new Star Wars movie - The Force Awakens - hits the big screen this week. And yes, I am a geek. Especially at Christmas. As a kid I grew up off Star Wars, for me and my younger brother, each Christmas was dedicated to new figurines and Star Wars toys. My other brother, being a few years younger than us, missed out on all of this, the dividing off roles; it was always agreed that I always got the Han Solo figures and my middle brother got all the Luke Skywalker ones. Hand goes in glove so he got the X-wing fighter and Darth Vader while I got the Millennium Falcon and Chewbacca. Princess Leia was always a tricky one for our parents. This movie itself, a Christmas gift it is, in the words of Yoda.

If I wasn't playing with these it was with Lego, but often I ended up building things out of Lego for the Star Wars toys to be in. The was no way out for me. Now, after this year teasing its way through with a few trailers, we are finally here.

Actually I was already there, in the zone, peeing myself getting goosebumps from the moment Han Solo and Chewbacca appeared on the end of the second trailer with "Chewie, we're home" followed by Chewbacca's trademark growling reply. Well, Han my longstanding buddy, you're not the only ones, I am too, I will soon be with family in England but in my head I am already at home, in a galaxy, far, far, away.

I have to be honest, when I saw the final trailer with a speeder haring past the wreckage of a fallen Star Destroyer, the desert back drop and most of all that slow, eerie tune of the original Force Theme by the movie conductor John Williams, I almost felt like I was short of breath, my heart rate leaping despite the slowness of it all. I am listening to it now as I write, on a loop on YouTube, it is now helping me tune in to this page and tap the buttons on my keyboard.

Oh my god, I really am a Star Wars Geek. It has always been in my blood. In the 90s when I got in to dance music and started clubbing, waistcoats/gilets were highly fashionable, so what one did I have? Yes, a black one with the pockets, just like Han Solo's. Maybe it was written in the stars...Before the revived hype kicked in this year for the new movie, last year I bought a new summer jacket, my subconscious made the choice, it was dark blue and remarkably similar to the blue Bespin jacket Han wears in The Empire Strikes Back. I already have a similar one to his winter Hoth parker-coat with the fur trim from a few years back (Walking in winter wonderland). Then seeing the Millennium Falcon and X-Wings Fighters in dog fights with Tie-Fighters. And then there are the Stormtroopers, baddies but so damn cool in their shiny white armour like sci-fi Lancelots, have created a phenomena in themselves outside of the movies. Did I write here before how much of a Star Wars geek I am?

There are so  many questions in my head that will be answered by watching the film...curiosity of Luke Skywalker's role in the movie is killing me, DON'T ANYBODY SPOIL IT FOR ME!!

But as a fully grown adult, how has this still got such a hold on not just me, but many others?  The first movie was called Star Wars - A New Hope. Hope is what we always need in our lives, we cannot abandon it. This new movie has come at a time when conflict is ripping apart Syria; we need to hope for its people as they are driven from their homes. Right now they need new hope. Star Wars is a myth of my time and now it has been brought back in time for Christmas, like a hard reminder to think of people less fortunate than us at this time of year. Maybe we need the light to battle the dark side. As much as hope, we cannot live without myth. Myths are all about story telling, and story telling will never die. This myth has been created and was destined to grow, enchanting us and binding us. 'May the Force be with you' Obi-Wan Kenobi tells Luke. Maybe there is some real meaning in that.

Sure, I feel even melodramatic right now, definitely sentimental and strangely energetic, Yes, I feel an energy running through me. All week because of this I have hit the gym with force each day as I still progress with my knee rehab.

Yes, with force, the force. At the end of the final trailer, the female voice announces " The Force, it's calling to you...just let it in..." If you're speaking to me, I have. In fact it has never left me all these years. Obi-Wan also told Luke 'The Force will be with you, always". Just one thing has hit me though, maybe I should have asked for a black leather jacket for Christmas, seeing as it is Han's latest one in The Force Awakens...