When you gonna learn? 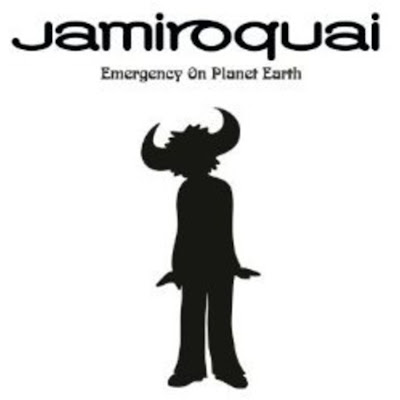 Scanning each item with clockwork efficiency but with almost a blank disinterest, the supermarket cashier paused and studied for a moment the reusable mesh bags that contained my chosen fruit and vegetables instead of the usual throw-away, plastic, transparent ones the supermarket provides. You can see through the mesh to its contents and the sticker with the weighed price I have attached to be scanned, so all was ok. Maybe she thought it was unusual, maybe she thought what the fuck are these? what a good idea, or maybe she didn't think anything at all and it just broke her out of a spell for a moment.

It's been the best part of a couple of years since shops started charging 5p/5cents for a plastic bag, and people have slowly caught on to bringing a reusable one with them, me included. But if it wasn't for my girlfriend's proactive idea to go and do the same to reduce our plastic use and do away with the spindly, throw-away ones we bag our perishables in, I would have taken much longer to catch on to this too, I have to admit it. See, at the end of the day, it's not that hard to do - it is just a matter of getting used to taking them with you when you leave the house (or remembering in my case). Change isn't as easy as Sunday morning for most of us.

Plastic. Once it was fantastic. So many thing can be done with it. And then we went and exceeded our good selves and tipped over the scales, plunging in the other downward direction of almost suffocation. Its hands are slowly but firmly tightening around our throats. We have been inundated by the (social) media in the last year or so, reporting on waves of plastic in the far eastern seas, how the area the size of Paris is floating in the Pacific Ocean. Only now are ears are pricking up. Why has it taken so long?

The thing is, it's not close enough to home yet. We don't have a plastic Paris floating in our Mediterrenean or North Sea.  Out of sight out of mind? What we do see we sweep under the rug, or throw in to the nearest vast of water...

Two years ago I backpacked around Vietnam on my yearly travelling trip. At the south most point less than 10 kilometres from the Cambodian border is Phu Quoc island. It should be a paradise - I stress the word should. By the owner of our homestay we were told not to go to 3 out of the five beaches there because they were full of plastic. The best beach, Sao Beach, with white sands to the south of the island was ok from this point of view. Our picture postcard images were left in tact and we set off eagerly on a hired moped on a 45 minute journey to find our beach.

It was just as we had seen in the photos, white sands and coconut trees hovering over the whole length of it. We walked along from one end to another to find a good spot to plonk our selves in the sun...far away from the pile of plastic at around its mid-point. At least it was a pile and not strewn everywhere, but it seemed there was no escape. In Ho Chi Min City (Saigon) it seemed that the gridlocked streets where mopeds rule the roost, were evolving on plastic. Every corner of every block. It didn't ruin our time there, there are so many beautiful things to see, it is rich in histrory, especially about the 'American war' and the food is amazing. Yet is just feels that it is like a blue sky clouded with plastic. The sun at times cannot get through to show its splendour.

But how many things and places in the world are like that? You don't have to travel half way around the world, how many things on your own doorstep? People's attitudes that cloud the good we can do?

Back in 1992 as a teenager while working in a nightclub, early doors on a Saturday night, the DJ, Shaun, would always spin some new Soul-style white labels that came his way to try out on the crowd as they came through the doors. This is where my love for Soul and Funk music was born - bands like the Brand New Heavies, Gil Scott Heron, Galliano, and thanks to this DJ, The M-People, came to my attention. This particular Saturday, a particularly funky sound from a band on the Acid Jazz label literally had me swaying and bopping my way around the bar with every twang and melody and fat bassline. "These guys are going be the next big sound, you mark my words," Shaun promised me.

He was not wrong, then when they hit the charts, seeying this guy, Jay Kay, in the music video of 'When You Gonna Learn?' singing his heart out wearing a Buffalo hat and blue Adidas Gazelles (forever in my wardrobe: Old skool) and doing B-boy esque-moves, I thought he was just simply cool and fresh, doing his own thing. Ever since then Jamiroquai have been by far my favourite band. They have delivered and exceeded themselves in their sound through the last 26 years and their latest album, Automaton was definitely worth the 7 year wait. The melodies will continue from the soul and basslines will keep throbbing for years yet I'm sure.

But over these years, one thing rings back and true to their first tune and first album, 'Emergency on Planet Earth'. Yes, back then he was singing about now. Jay Kay was warned not to sing about evironmentalist issues as they just wouldn't sell copies...in your face record companies. In the Automaton album he touches on issues involving Artifical Intelligence, the misuse of technology and general issues the world over. Let's see in twenty years if he puts it in our faces once again. Today I read an article in the Guardian about how the population is devouring the planet's resources at increasingly destructive volumes. It sounded like an added extra on the end of a new issue of The Emergency on Planet Earth album.

I also read on the same page about how millions of tonnes of plastic waste sent abroad to be recycled  - as The UK does not have sufficient recycling facilities - may end up in landfills. WTF? We get these increasingly pressuring messages (rightly so) to reduce, reuse and recycle, but when we the public do, the people who count - that is to say governments - go and do that shit like that. And it doesn't just stop at recycling issues. The words to When You Gonna Learn holla' back 'atcha:

Yeah, yeah
Have you heard the news today?
People right across the world,
Are pledging they will play the game.
Victims of a modern world,
Circumstance has brought us here,
Armegeddon's come to near,
Too, too near, now,
Foresight is the only key
To save our children's destiny,
The consequences are so grave,
So, so grave now
The hypocrites we are their slaves.

Right now, I'm sick of it all. I'm sick of Trump and then I'm sick of the Democrat's hate against Trump, blaming him for their own failings. I'm sick of Boris Johnson and Nigel Farage's personal agendas and the whole Brexit calamity and the state we Brits have been left in - and people ask me if I would ever come back to live in England...

It just remains to ask ourselves, when you gonna learn?

We can all do our little humble bit and start with plastic bags maybe.