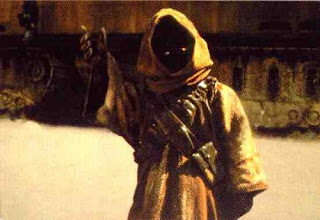 Being back in England has given the chance to play with my 19 month old nephew. Or sometimes just even just watch him play. Whether I join in or not as we lay sprawled on the living floor surrounded by a debri of building blocks, tractors and farmyard animals, books and In the Night Garden figurines makes no difference; like all babies they play regardless. And it could be any toy, even just one solitary toy. Or just a plain cardboard box. It is an opportunity for him. It is an opportunity for me to see it all take place.

Then there is everyday that he comes home from nursery and says to uncle 'Adu' (that would be Andrew in baby language..): "Doggsss". So it's out in to the back garden to play with my brothers 2 big fluffy Japanese Akitas. Then once he has gone to the dogs, it's off to the pond and the small stone rhino and elephant. He continues by walking over the stepping stones and running on to the decking. After these rituals is when his real adventure starts.

Every opportunity he gets to see Uncle 'Adu' he knows he gets to go in the garden. Not even the rain would stop him (but it can sure as hell stop his uncle!). Every day is the same, the garden never changes, yet in a child's eyes that garden is different every day. There is never a mundane A to B, instead a journey all the way to Z. And some days there is more than just one runaround outside. Even as he is learning to string together his first words and as much as I would love to know what they all mean, I would love to know what is going through his head as he wobbles, runs and walks like a little Star Wars Jawa through every inch of his garden domain.

As kids learn, we learn from them. I read an article this week about a guy who saw a 3 year-old girl in the park holding a helium balloon on a piece of ribbon. A sudden gust of wind blew the balloon from her grasp. As it floated up to the sky the writer prepared himself for the outburst of tears from the girl. Instead she cocked back her head and said gleefully, "Wow!" as she watched it float away forever.

It just makes you think of how we can look at things and try to say 'wow' instead of crying over them. Unexpected things are always going to be thrown at us. I think we can choose to be fascinated or frustrated. My nephew is fascinated by the garden and I'm sure if he had a helium balloon in his hand and let go, he would laugh and dance and watch and point at it as it floats away - he hasn't learned how to say 'wow' yet.
Email Post
Labels: People