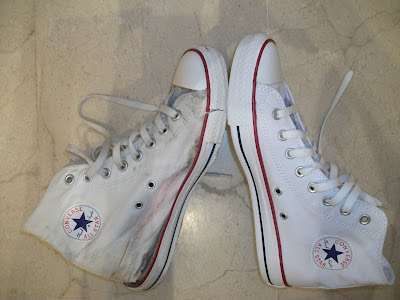 I've been carrying a quote around with me in my head over the last few days, a Churchill quote given to me by a friend of mine who reads Motorways of My Mind. She reads it or maybe just uses it as a source of procrastination from filling in her tax forms. Either way it's my fault that she gets sidetracked apparently.


She heard it in a movie and had rewound it over and over again until it embedded in her head: "A happy ending depends on where you decide to stop your story or it could be when you realise your story is not yet over, you are only at the end of the beginning".

Churchill always had a few things to say, many times inspirational in dark years of war, but these words don't seem to ring from his usual repertoire. That really was the first thing that they said to me. Then there were the words themselves; anybody who cares to leave a comment on any of my posts will read 'one of the reasons I write is to provoke a reaction to what I've put down on paper' on the comments page. This is exactly what this quote did to me. It provoked me for most of this week, delving in and out my thoughts.


Each time those words came on my radar, they would beep beep beep on the screen and just flash at me, I was unsure of which way to take them, even though I liked them. I wasn't sure what journey they would take me on. Then this evening laying on my sofa and with not a care in the world (apart form the batteries running out on the remote control), they flashed again in to my mind. And then I realised I had to boot up my lap top and write about them, almost in a fury. This is one of the fastest posts I've written.


Hmm. Provocation. I've been provoked in to writing here. To write about what? Maybe there are a couple of things.


A different kind of provocation I relish is that on a hockey pitch. I love the battles, ever since playing for my home town team in the local derby, I would take to the pitch drooling like a dog with rabies at the fight ahead. I knew those matches would be hot tempered and that is when I play my best hockey. I know it shouldn't really be like that, but that is just how I am. I remember as a skinny young 18-year old being marked by an older 6 foot 4, brickhouse of a German player who though he could push my just-under-6-feet around. Wrong move. That makes me drool even more. I went in to him like a gale-force wind. I got sent off for let's say, 'having a go back at him', but I left my mark, and at least we won the match.


Through the years I have not changed. In matches like that I run harder and faster, never tiring if a player from the other team provokes me, instead it fuels me. When the sticks and the shoulders goes in and the big hits compound, give and take, I love that, I relish it. Since I was 18, I have trained my body in a gym for years for my sport, I was provoked to do so. I recently read Jonny Wilkinson's autobiography and how he talks of how he loves the big hits, the physical contact side of rugby - and that guy knows how to tackle, like a flanker, not a fly-half. His written words in turn provoked me and made me want to get quickly to Saturday to play a match.


But as I sit here perched and writing, my mind takes over from my muscles' urge again, to focus on the words once more, in particular 'the end of the beginning'. Where is the end and where is the beginning? This is because I had just stopped tapping away on the keypad for a moment as out the corner of my eye in the corner of my room are my new, gleaming white Converse All-Stars. Yes, another pair, yet again, though the amount of Adidas Gazelles I've bought over the years still reigns king. The thing is, next to them are the old, battered and grimy white ones with the sole hanging off.


Where do the Converses end and where do they start if they are exactly the same white pair? Of course one pair is old and one is new, but nothing has changed, I constantly have a pair, their story is not yet over. Only I will decide one day when I will no longer don them. Along with the Gazelles.


Thanks Carrie, it's comforting to know your head is as daft as mine.
Email Post
Labels: Emotions Living Reading Sport Thoughts Words Writing