C is for Choice 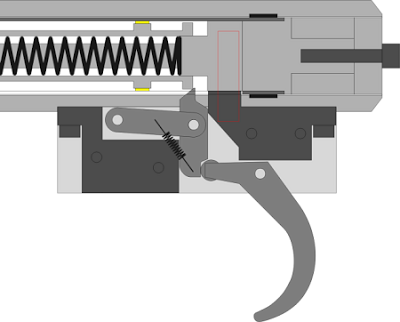 I mean, deciding what to wear each day even if the weather doesn't change from one day to the next is a pretty normal every day decision, like deciding what to cook for lunch, but what about for example a choice like becoming a hitman, killing people for a living? Or becoming an undercover Police officer or CIA or Secret Service agent, risking your life every day? Why do people decide to do such things for a living?

Does a hitman really enjoy what he does? Does he like shooting someone in the head and then putting two rounds in the victim's chest for good measure? Does an undercover agent infiltrated in to Mafia circles or in Middle Eastern terrorist cells enjoy the danger? I mean does it make him or her really smile and want to get out of bed each day with a leap of joy? Everybody makes choices, and we all have choices to make. I think the majority of the time the phrase "I had no choice" isn't exactly true, unless it is life threatening. There is always another way.

What's in it for each person after each decision? Is it a reward? An Overall achievement? You get paid. You are happy. But what about the end result? Does it justify the means? You get paid for whacking someone? Are you happy in doing that? Surely there are better ways of making money. But hitmen still exist. There is still someone prepared to do it even for not so high a price. But maybe that I can understand; desperation in a third world country can make the choice for you to end someone's life for what might not even be minimum salary in some countries. But in the developed world where many zeros can be added to your bank account is different.

So do decisions make us instead? On your motorway are you driving or being driven?

Scientists will argue that decisions are created by life's uncertainty; we travel through a lineal space and time where space determines where we go - on holiday, to which shops, to the office - and where time determines what we become - humans, thinkers, astronauts, tramps. They argue structure reduces uncertainty, but I suppose uncertainty is behind the evolution thing; go forth and conquer, invent and discover. Were we able to evolve without structure? But I can't take this argument any further I'm afraid, I'm out of my league on that one. If I was Stephen Hawking then maybe there would be fewer questions and more answers on this page.

I just know about the journey and how much we need to live it as much as getting to our point of arrival, before setting off again. So as a hitman slides the magazine into his firearam and loads the chamber with a round, what is he thinking? Why is he going to pull the trigger and abruptly end a living creature? Life and death, this is the nutshell of it all. If any person that isn't a car fanatic sees a car as just a mode of transport and a means of getting from A to B, then life can be from B to D; B being Birth and D being Death. In the middle of these two letters is C. C would be for Choice and somewhere in the curve of the letter like the curve of the trigger innocence is lost.