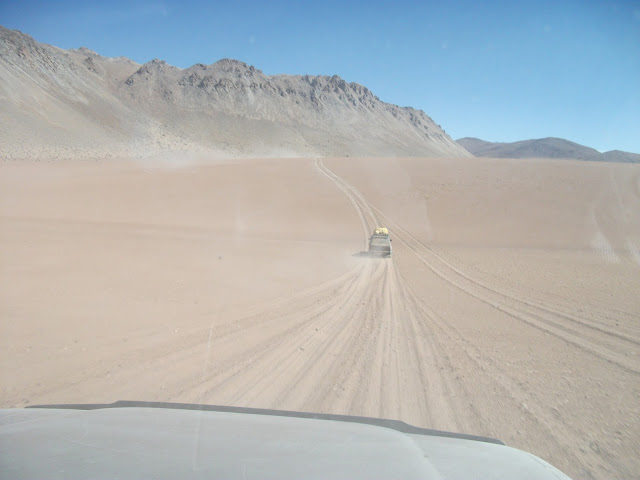 It has been the time of year where I get away. I pull the backpack from the top of the wardrobe and jump on a plane somewhere far away. It is the call for a time out, for adventure and discovery, to turn off from daily life on to a slip road and an alternative route; a diversion of the scenic kind. This year's destination was Bolivia.

Like the Jatilawah rice fields of Bali last year, this whole trip had been based around the bucket list desire to stand in the middle of the Salt Plains of Salar de Uyuni. I just had to see them with my own eyes. I remember sitting on a stony ledge with my girlfriend and just gazing endlessly at the masses of green and lush vegetation layered before me, not saying a word to each other. As I write this I have a poster print of a photo I took of the rice fields on the wall I look up to, that exact view I had I can gaze on every day. Every day I walk past it and it catches my eye, the vivid mix of so many greens, I can never bore of staring at it, sometimes losing myself in it, sucking me back in to that exact view of the valley as I sat in it. I have the same feeling when I look at the photos of the Salar now, the endless expanse of white hexagonal blocks for as far as the eye can see under a hard blue, clear sky.

To my delight, the deeper we ventured on our three-day Jeep trip that started at the train cemetery and the salt plains, then up and into Southern Altiplano, the landscape was no less captivating. We drove deeper and deeper in to the middle of nowhere, in to an almost eerie nothingness. But the deeper we got in and the higher we got, the more I realised that nothingness seemed to evaporate from the sun in to the cloudless sky, here there was everything. The Salar had appeared like a never ending of nothing, but when we stopped and got out the jeep for the first time and touched ground on the rock hard hexagonal salt blocks. I wanted to run. I had only just started running again after my knee operation this year, but the expanse before us willed me in and my recovering leg wanted to move in to motion. It wanted to be back with its partner and run. So while others started taking photos around them, I ran. Straight forward. Then back around. I may have got some strange looks but I didn't care, I felt like I could have gone anywhere.

Climbing higher in to the Altiplano and the Andes, topping 4500 metres above sea level, desert landscapes unfolded as our 3-Toyota Land Cruiser Jeeps marched on in convoy further in to the middle of nowhere. As meaty and chunky as these Jeeps are, we were minuscule, like ants in formation, following beaten Jeep tracks and laying down new ones in the dust, on a mission. At one stop I clambered up and sat on a big rock like many dotted about the landscape under the watchful eye of a volcano, in reality a rock which was just a small stone spat out with all the others thousands of years before from that same volcanic spout. It is moments like this that make you appreciate just how immense this world is.

At the end of the second day, just before sunset, we reached 5000m above sea level and the Geyser fields. Shirt sleeves were replaced by warm hoodies, hats and mountain jackets as the biting cold is contrasted by the hot, bubbling and steaming cauldron of the geyser pools, with intermittent holes dotted around letting of the earth’s natural gases. Staying at the same height, another night in a very basic hostal is where the temperature plummets to near freezing. This is soon forgotten after dinner as you strip to your swimming costume, step out in to pitch-black surroundings and wallow in the natural hot springs with water a Jacuzzi-esque 40-degrees Celsius to relax under the clear night and sharp stars above you.

I have always been a night owl (Night owl), I have always struggled to get up early in the morning because of my tendency to go to bed late, but the morning after I have never been happier than to be up and walking about at 7:30am in the mountain and volcano-surrounded barren nothing of the Salvador Dali Desert. The name rings so true, it really resembles a surreal Dali painting, there is simply nothing more to add. Then coming back down to 4000m, it is back towards the dusty Wild West-like town of Uyuni (where you feel you should be riding in on horseback and heading to the nearest saloon instead of being in a Toyota Land Cruiser), passing more desert, rock formations and grazing-in-the-green Llamas (what kind of trip would it be in these parts without seeing a Llama!) along the way. In the middle of nothing I found everything.

After these three days our journey through this colour-engulfed country continued. It was on a comfy overnight bus to La Paz reclined in our seats and snoozing in darkness, that the realisation of the journey dawned on me at the moment the sun started to sneak up and edge out the night. Surrounded by other travellers, along with all the other people you meet along the way on backpacking journeys like this, that we are all on a wavelength, the very same wavelength that brought us all together. Anyone can get on it, it doesn't matter what age, sex or race you are, we are all on the same journey. We need to create more wavelengths like our Jeeps created tracks across the deserts of the Altiplano. People make the journey as much as the place. Even though I was brought up in England, I live in Spain and I have lived for a longer time in Italy, and sometimes don't quite know where to call home anymore, it is here on the journey that I find it. The journey is your home and we are here on this Earth to have a long and exciting one as we can. 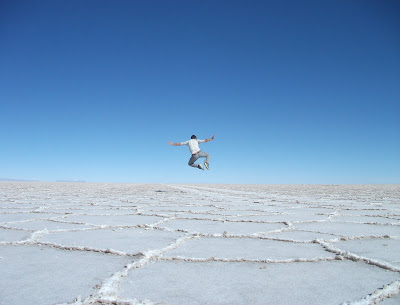