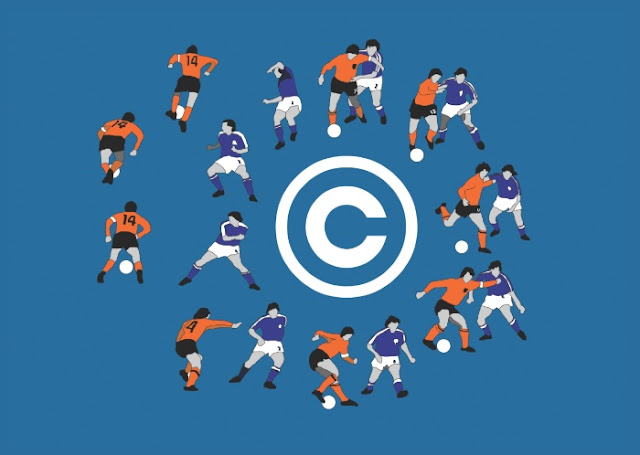 Sport is my life. Always has been, always will be. I am not a pushy person and have never forced anybody to do something against their own will, but the day I have kids, I know myself well enough that I will influence them quite heavily to do sport. Simply because I know what it brings to your life; not just the physical well being, but the feeling of achievement, the passion and the sense of belonging to a cause (Brothers in arms). It is no wonder that I often bring myself on here and write about sport, or my sport of hockey and what it means to me, because this is my journey and sport is my life (Sport). Always has been, always will be - just in case you haven't worked that out yet from this first paragraph (Stadium Arcadium).

There are those that have given everything to their chosen sport, and in turn have given so much joy to others for which they are idolised. It is a way of life, something that you could maybe call a religion. So in the many years I have played a team sport, I have come across many different experiences and situations, superstition being one of them. Wearing two sets of socks, putting kit on in the same order, wearing something lucky, touching the pitch before treading it at the start of a match, the list is long and varied. Basically I don't believe in all that mumbo. I walk under ladders on purpose to tempt fate. I have no problem with opening an umbrella indoors. But what I do have is a thing for numbers; 15 is mine and when that one is not available I like to have the number 13 (I just told you I like to tempt fate). That is one thing I have in common with many sports people.

I have a thing for numbers and I have a thing for respect in sport. Sport has taught me manners in this sense. It has taught me to fight for everything for your team mates, for the greater good of your team rather than on an individual level. I have fought tooth and nail and drawn blood many times on the hockey field, I have been sent off numerous times for the amount of fight I have, but have learned, and still keep learning, that it is what it is. A sport. It is to be simply enjoyed and that is what is important.

But let's get back to numbers - in between my two preferred ones stands the number 14, Johan Cruyff's fabled number. In my sport of Hockey, one the best player's to ever grace the game, fellow Dutchman Teun De Nooijer, always wore the number 14 in Cruyff's honour. Just retired last year, he has made the game great. Just like Cruyff. De Nooijer has retired, but Cruyff last week left us. His journey came to an abrupt end. So yes, on my journey I am impelled to write about sport and about him today. I just have to speak my mind seeing as it is speeding along the fast line.

I could, and will talk at length about Cruyff and football, but my dear reader, in case you are already getting bored, in a nutshell, this player and coach was a genius, a magician, but moreso a profet. Their you go, him in a nutshell, you are excused if you wish to leave this page.

But maybe if you are anything like me with sport and football, you might want to hear out my words. He really understood football and all it entails. He was totally football, even more than the total football invented by that Dutch team of the 70s. He had everything - technique, dribbling, passing, vision, acceleration along with a tactics to boot. Then of course, we can never, ever, ever, ever forget the turn he invented. The Dutch football of the 70s - with its interchange of positions and flowing freedom of players while holding a firm, tactical structure - was like a colourful carousel in a fairground of football pitches and Cruyff was an architect. We talk about so many sports stars and their talent on an individual level, but Cruyff starred in a team in which he made the others around him shine bright. He knew how to lead.

He led a football revolution. It was he who created the brainchild of La Masia Academy at Barcelona Football Club where kids are moulded in to future champions and Barcelona team players. One of its first graduates was Pep Guardiola who became known as 'El Director' as he pulled the strings with his vision and passing and tactical awareness, just like his maestro. They call Lionel Messi's position, a 'false 9', not a real centre-forward but someone dropping off and playing everywhere, something that Guardiola changed in Messi when he became Barcelona manager, but is essentially fed down from Cruyff as a player. Andres Iniesta does not do flashy stepovers or any showboating when he dribbles, but he has such quick feet and can get himself out of tight spaces instinctively, just like Cruyff. Then there are other players who have nothing to do with Barcelona - Kaká at his best in his AC Milan days had an acceleration with the ball equalled by none, apart from Cruyff. I have a soft spot for raw talent like that of Paul 'Gazza' Gascoigne, especially when in the World Cup Finals in Italy'90, he did a Cruyff turn between two defenders. It will never be a Gazza turn, it will be forever a Cruyff turn, but the thing that makes me grin is that Gazza did it against Holland.

But it is not all about football. Sometimes controversial, he stuck to his beliefs and was not afraid to voice his opinion. Whatever he said or whatever he did, it was for the greater good, in many cases, of the game. Long before the days of coaching he was already doing it on the pitch, talking about space, making it and moving in to it, organising space on the field for others to move in to, to create the game that eventually became known as total football. He should maybe have donned a robe and addressed the thousands on a planetary pilgrimage. But like I said he was never religious, in his own words: "I'm not religious, in Spain all 22 players make the sign of the cross before they enter the pitch. If it works all matches must therefore end in a draw". Eureka.

It was never about him but about the beautiful game; his feet were quick and he could kick a ball with both of them, whether with the inside or outside of the boot or straight through the laces, but they were firmly and always humbly on the floor. He alone once said: "I'm an ex-player, ex-technical director, ex-coach, ex-manager, ex-honorary president. A nice list that once again shows that everything comes to and end" . An institute, a foundation, a college and university all bear his name, so he could give back to the masses for the greater good, and above all for the kids.

And now he is no longer with us, taken by the 'big C'. Those damn cigarettes, some can be heard saying, for all the years he smoked them quite heavily. He has come to the end of his road...or has he? I really don't think so. His young apprentice, Pep Guardiola, is testament to that, taking over the baton, carrying on his work with Barcelona and beyond. He was the beautiful game, he remains the beautiful game. His journey, physically has come to an end, but spiritually it goes on. His legacy will go on for longer than you or me. He is an even bigger 'big C'.

So if you have managed to come to the end of this scroll, and even if you don't like football, maybe I have managed to show how we need to see that there is always a greater good, something far bigger than our little selves, to always give more and to others. And people who strive for it should be celebrated, whatever their medium. Seeing Wembley stadium having 95 000 football fans standing in utter ovation in the 14th minute during England v Holland says it all, as they did in the Barcelona Nou Camp stadium. He has touched me like he has touched millions.