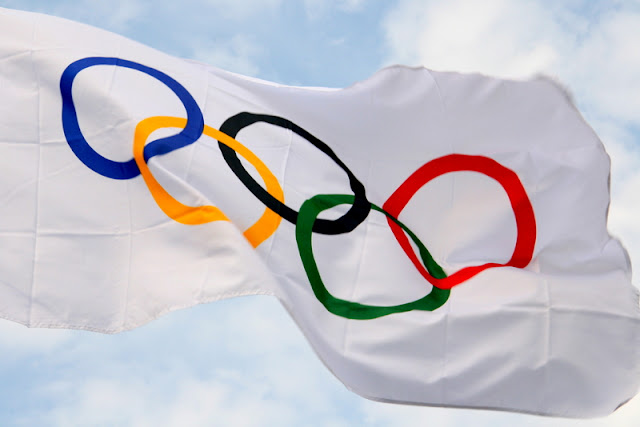 Sitting on a plane writing this I feel strangely settled. Others are going away on holiday to Spain, I am going home from a work trip to England that I have attached on to a weekend of seeing my three best mates I have grown up with. I am always at place and at ease in airports, like feeling already at home before I actually get there, wherever there really is. Maybe a I should buy an old plane, convert it and live in it.

When I am inspired I have an urge to write, and this whole week has been an inspiration. From speaking to an old client - an ex Sunderland Football Club legend in his own club right, a club to whom I am a lifelong suffering fan for my sins - to seeing lifelong friends with who I am regularly in touch. But there is also something more, something that has always played a great part of my life - sport. And what a great summer of sport it has been. Firstly with the European Football Championship finals in France, with inspirational moments from the likes of the Iceland team and their faithful fans, and now, this month, with the Olympic Games in Rio de Janeiro.

As I boarded the plane the games were drawing to an end winding down to the closing ceremony this evening. I had watched Great Britain earlier win its 66th medal, surpassing London 2012's haul, a terrific achievement. When I got to my hotel on Wednesday night I watched Great Britain's Hockey women beat New Zealand in a gutsy semi-final performance. On Friday night I watched them go one further by beating the last two Olympic Games winners, The Netherlands, and storm to a historic first Gold medal. As a hockey player I was stoked for them. When I first started playing hockey, Great Britain's men had just won Gold in the 1988 Seoul Olympics, inspiring me to delve deep in to a life dedicated to the sport.

Like the women who won Bronze in London, they won Bronze in Los Angeles four years previous. It is history repeating itself, but importantly for me, it was a renewal, a recharge, a refueling of passion for a game I have had to be away from for the last year following a knee injury and operation. As my hockey playing career in theory should be coming to an end, a lengthy injury should have been the crunching blow. This last week of intensely watching these matches on the edge of my seat, wanting to jump up and dribble a ball around the room, as the Olympic flame peters out for another four years, mine has started burning tall again. Talking to my mate at a welcome barbeque (not that the British rain was welcome of course) with who I started playing at school all those years ago, who has been playing England Masters Hockey was like blowing softly in to the flame, making it grow brighter. I am almost ready after months of slogging out the rehab so fuck you.

During these Olympics I have come home every day and put the TV on the Spanish sports channel and left it on for most of the evening while I am pottering around the house. I have found myself in the middle of doing something, passing the TV and then stopping, standing there in front of it almost like a child fixing a cartoon. Being back in England this week has given me an edge, the Brit edge, something I obviously don't get in Spain, just like when I lived in Italy when I found myself in the biggest street party ever after they won the World Cup in 2006. As much as you can get int to, that edge, that feeling from within struggles to rise to the surface. Once I had landed in England and switched on the TV, it just got me more and more in to it. It would make me cheer and scream and jump up in front of the TV.

I have watched sports I would not usually watch or get in to. I have marvelled at the strength and technique of gymnasts and synchronised swimmers and water polo players, spending hours wondering how they can hold so many positions, bend their bodies and perform so many gravity defying flips and somersaults. How they can tread water for so long and in so many ways, especially as I can barely swim. I am in awe and a slither of envy moves through me.

But I am also at one with these people, these athletes, knowing that at the end of the day it is all a passion for them, a way of life, just like it has always been for me and how it will remain. Hours upon days upon weeks upon years of dedication to something that may only last a few years. This is the beauty of the Olympics, it showcases the talent of these people where they may not get recognition elsewhere. How many more of you out there have watched sports you don't usually care for like me? The Olympics bring so many things and so many people together; those five hoops represent more than just a two-and-a-half week event every four years. They represent how the world locks together through sport, where everything else is left at the door and solely competitive sporting spirit is the only battle to be seen. We need to fly the flag high and loud and proud, head on in to the wind that so often runs against us.We need olympic dreams in all we do.

I realise more than ever I care, I care for all these things sports people do, I care for all their moves and all the training and dedication, all the pain and all the glory. I could talk for hours, but realise I already have done, even if really in a much more succinct way to save you the pain of any more of my drivvle, right here in another post: Sport. I realise for me there are emotions in life that only sport can give you. And I realise how much I care for the important people in my life mostly far away, but never that far, only a plane ride away, always joined. We are Olympic hoops ourselves.

N.B. To Usain Bolt - chapeau. As much as I would love to, do I really need to write anything about this guy? Sometimes walking the walk just leaves out the talk.