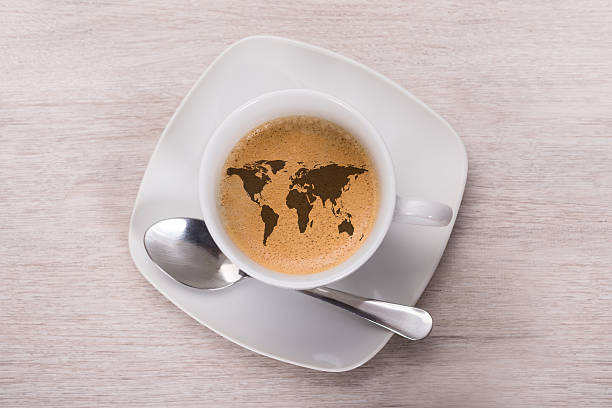 Once he had managed to get his owner out of bed on Saturday morning and in to the bathroom, Leon waited patiently for him, posing as the Egyptian sphinx at the open doorway of the bedroom. Like most Saturdays, and after fair few after-work pints, he knew his owner would lay in for a couple of hours extra. He also knew his owner had nothing in for breakfast, so he knew it was walkies time to the local coffee shop. Which means a treat from the coffee shop owner. Leon knew good things come to those who wait.

It was just the start of the weekend you wanted, a warming late-spring day, the sun pushing more evidently through sparse clouds, Leon's blonde coat gleamed as they walked in to the town centre to their favourite coffee shop. With this weather Leon knew they would be going for a long walk up on the common on Sunday too. This was a dog's life, a dog's weekend (Up on the Common).

Entering the cosy coffee shop, Leon looked out for the owner who saw his tail wag and came from behind the counter to greet him with strokes and ruffles of fur. His owner let him off the leash and the smiling woman signalled for him to come to the side of the counter: Leon knew the drill - sit, do a short enthiusiatic bark and raise a paw to shake. Then she gave him the pan au chocolate for his good doggy efforts. He was a bit of a ruffian, he knew - but hey, he's a dog and a good one at that. He gobbled it up as his owner ordered his cappucino and croissants and exchange in a short conversation with the forever smily woman.

They wandered over to the small table by one of the big windows just as a larger cloud jumped in on the sun's parade. Leon's owner flicked for a moment through his phone, finally awake enough to check his WhatsApp messages while he munched on a croissant. His satisfed dog idled his way in to a chilled out semi-laying position, still licking his chops.

Then as he looked up, taking his spoon and adding sugar to his cup, he lost a beat in his rhythmic stirring. From the counter she walked over in skinny blue jeans to the other window seat, across from the entrance from him just to one side of the pillar. She balanced her own cappucino in one hand and a leather bag slung over her shoulder with a magazine in the other hand. She placed them all on the table before sitting and sliding off the lightweight grey wool, knee length cardigan, brushing a lock of light, mousy brown her from her face back behind her ear, the rest of her hair held back in a loose pony tail.

And then he realised her slender shoulders and pert breasts framed in a hugging white T-shirt. They were very much worth his focus, but it was what was written on the T-shirt that distracted him. He strained his tired morning eyes to see the words written in a black handwritten-style font:

Now he had stopped stirring completely and was staring, blatantly. He was genuinely focusing on the words on her T-shirt, like she had written them herself, but with her evident figure and the words written at breast level, he would never be able to justify not being a drooling pervert.

He looked down and back at Leon who was licking one of his paws contently as if he had gotten chocolate on them with his treat. He looked back at his cappucino and finally took the spoon out and placed it on the saucer. He lifted the cup to drink and his eyes in unison to gaze back at the girl. He watched her as she stirred sugar in to her cappucino and started flicking through the magazine pages, licking the froth off the spoon.

He found himself gazing on the words on the T-shirt, his eyes shifting only for a second by the lock of hair falling again from behind her ear that she scooped back around again. He suddenly wanted to go there, with her, wherever it was. Or just to her. He wasn't sure. Well, he was sure he wanted to know her and where she wanted to go and as he sipped on his own soothing, warming cappucino his urge to find out was firing up inside him with every sip. He had never felt this feeling rise in him before, the uncontrollable urge to reach out to a woman he did not even know or had never seen before. Was it her or was it the words on her T-Shirt? Take me there.

He tried to get hold of himself and look elsewhere around the coffee shop while he ate the second croissant, glancing back down at Leon who now had is head calmly propped on his outstretched paws, his fluffly blonde eyebrows twitching as if having a sense that his owner was looking down on him. He looked up and saw him finish his cappucino, hesitant in his next move, Leon was ready for it instead, whatever it was.

"C'mon buddy," Leon jumped up and followed his owner on his command around the wooden rail back to the counter to pay. Leon could feel his energy, something was brewing inside his owner and it wasn't any more coffee. Sat back on his haunches he watched him taking his time to put the change in his pocket, coin by coin, trying to build up the courage to go over to the girl at the window. There was no more change left in his hand and he had no further excuse to stand there, let alone him looking a little silly even if he did. Then his dog made up his mind for him.

As if sensing, his usual obedient Labrador walked off without him in the direction of the door before taking a slight right by a small table and over to her. Taking a deep breath before his gamble, he walked after Leon and up to the girl, stopping and sitting back upright on his hind legs about two metres from her. Her head in the middle of a magazine article, she didn't see the dog until his owner shuffled up behind him as if to come up and apologise. She looked up to them both, a little uncertain and maybe a touch startled.

He didn't know what to say, he didn't feel prepared, but Leon knew what to do as soon as she looked up, taking a few more paces and sitting at her feet, wagging his tail. She looked back at the dog, breaking in to a smile, her shoulders sinking and melting towards him. She said something like 'oh how cute you are', Leon's owner wasn't sure, he was too busy searching frantically for the right words. Leon pushed his head in to her hand as she stroked his blonde furry head. Then he followed his dog's lead, skipped a breath, breathed back in deeply and managed to control his words as they came out.

The girl looked up from Leon, looking a bit dumbfounded with a frown. "Huh?"

Leon's owner's face dropped as his initial courage untwined and hung on a thread. Yet she stared at him for a second. He swallowed hard, waiting for the 'what the hell do you want' or words to the equivalent and a roll of the eyes.

Instead she caught on, looking down on herself to the words on her T-shirt before looking back up at him with a short laugh and a widening smile before answering him simply.

His heart jumped and he let out a small, relieved laugh. She was still looking at him, as if waiting for his next move. So he continued.

She put her magazine down flat on the table, her right hand laying over the cover, a large sunflower ring on the middle finger of her right hand. Her left hand never left the dog's head.

He was still a little nervous of what to say, but eager to continue. "I'm not sure if I do, can you give me a clue?"

"I think you know where," she kept smiling at him while she answered. She too almost appeared to be liking the game. "But if you don't, take a guess..."

Leon pushed his head further in to her hand, enjoying the massage.

"Can Leon my dog come too?"

She laughed and ruffled him behind each ear. "Of course he can."

Leon, his mouth now open with a tongue half hanging out, looked back up at his owner and seemed to blink or maybe wink at him. His owner shifted his gaze down on his dog for a moment, his grin growing bigger. She was still smiling back at them both.

Outside in the street the sun broke back through the clouds and the blue sky got bigger.