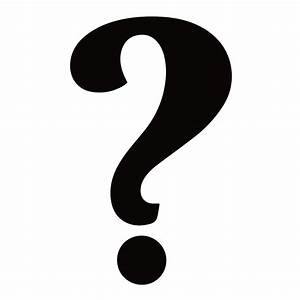 You know, before starting this blog, journal, or whatever you want to call it, I thought a lot about doing it or not. Why write? What to write? Like I said before, my mind was motoring and I needed somewhere to put things, put thoughts. A kind of MySpace. Then came the 'when?' question. When do I write? How often? I suppose writing this at this moment in time I'm still coming to grips with the question, or maybe just writing bollocks.

I realised on a daily basis I don't have so much to say. Well, I could bore you with a teenage diary approach and say "Today, I did this....Today I did that.." Nah, I don't want to put you through the pain. Over this last week I've thought many times about writing here, but again things were just swilling around with no order. At least it got me thinking, even more than I usually do. 'Hey, result,' I thought, especially when I get stuck on the book I'm writing.

I realised if I left things to build up, I could summarise at the end of the week. Seems like a good remedy at least.

I studied Journalism. Right from the very first lesson they teach you to develop a Journalistic instinct and also the 5 'w's. What happened? To who? Why it happened. When did it happen? Where did it happen? Oh and there is also the 'h' to throw in there: How did it happen? To get in the habit of asking them whenever there is a hint of a story. Hell, I think I do that for anything in life, not just for a news article.

I ask myself so many times all these 'w' words. At the end of the week I try to come up with some answers, even if most times some of the questions I ask are too difficult to find an answer for. It won't stop me asking though. And it won't stop me looking. I'm looking right now as I write this.

I remember most Sundays as a kid, the kitchen was my dad's. My mum had it all week, Sunday evenings were for dad to get together all his ingredients that were left at the end of the week and concoct something with his culinary skills (I'm sure that's how he thought of his kitchen antics). Upon the finished product opinions were always passed around the table. Thumbs up meant you knew what was on the menu next Sunday :-) Polite but grimmer faces never put my dad off. This thumbs down meant he got to try something else the weekend after.

Well, looking in my fridge of thoughts each week, I'm going to see what kind of broth I can come up with every Sunday. Thanks for that Pops...

For the record, Saturday we lost our second league Hockey match of the season to HC Roma 2-1. I wanted to write that to remind me that despite them being a good team and record league title winners, I can't digest the two s#!t goals we conceded. Sunday I also cleaned just about the whole house, something I couldn't have done without the help of The Brand New Heavies...
Email Post
Labels: Blogging Thoughts