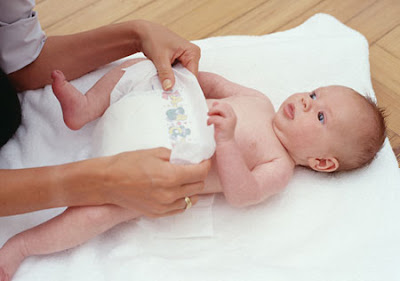 
We are born to change. We sometimes regard it as a metaphor that reflects the way things ought to be.


Infact change takes time. It exceeds all expectations. It requires both now and then. See, although the players change, the song remains the same. And the truth is, you gotta have the balls to change'.


Not my words but those of Vinnie Jones. Not in one of his movies but the intro at the start of Joss Stone's album "Introducing Joss Stone". Words that seem oh so very relevant to me as I put the album on yesterday morning. Sometimes, subconciously things happen to me or I hear something and it triggers something that is about to happen. Subconciously. I stopped Joss in her tracks and listened to Vinnie's words a few times over as I washed up the breakfast dishes.


It was like I hadn't chosen to put that album on because it was a lazy morning and I wanted to ease in to the day like Joss does in her album, but that Vinnie had chosen to march on in like he did so many times on the pitch in his past footballing career to just make sure I know about what is about to happen to me. Change is in the air for me, that much is true. It is also true that I had something else in mind to write about this week, so that is now on the back burner and I go with the flow.


In one way or another I believe in fate. I think I always have. And it seems that as the summer holiday period is coming to end and we change back to work mode, it is exactly that for me. The coming change in season brings a change in life. People are leaving behind the beaches and begrudgingly stepping back in to their offices. Instead I am embracing change.


Embracing it, yes. Excited, I suppose yes. Apprehensive, yes, that too. But not nervous or scared like people ask me. That no, I've done it before. And I know I will do it again in years to come. Maybe people ask me because fundamentally, lots of people as they step in to their thirties like their comfort zones. They want their own house, their car, their plasma TV and to be surrounded by their gadgets. Nothing wrong with that, to be honest it would be nice if I had already bought my house and had a place to always come back to. I have never had a comfort zone and being more honest, I get the feeling in a subconcious kind of way I've never wanted one. I've never been able to stand still and be content. It kinda scares me I suppose. There is so much to do and see.


Actually, if I am to be more accurate for me, there is too much to live. I don't want to visit, I want to live it. Not just come and go.


Hey, that's just me. Each to their own. When will you settle down? people ask me. But what exactly does that mean? Settling down to one place or thing? My last girlfriend's family when she was a kid lived in Denmark, Spain, Mexico, Indonesia and Portugal and Denmark again. You can't tell me they weren't settled. They moved around for work reasons, but they were settled, they were a family. I can identify in that, it was kinda soothing to hear.


I know I have direction at least even though sometimes I seem nomadic as I wrote about last year (Nomadic words) And this is my blog, my journal, or better said, my journey. A network of motorways that speed off in all directions, just like my mind does. It won't stand still either. It changes.


Well maybe you'll hear more soon about my change and my journey, but for now I will just let it clutch me and let it happen - and it is all happening quickly. Vinnie Jones successfully changed completely from being a successful footballer to being a successful movie star. If he can do it, we all can. In his words, we are born to change.
Email Post
Labels: Living Music Places Seasons Thoughts