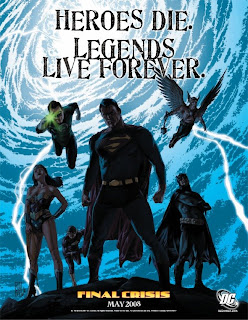 I know I have to improve my short term memory. I can forget things all the time. When something comes in to my mind, if I don't write it down it can go as fast as it came. But my long term memory is different I can remember some pretty distant things, even some bizzare and irrelevant things like where I was on May Bank Holiday Monday in 1980; I went to Glaisdale in the Yorkshire Dales with my family to go trout fishing - my dad was a keen fisher and my mum enjoyed a book at the riverside while he did. Why do I remember that day? I really don't know. All I can remember is it being a really nice, warm and sunny day and my dad managing to bring home Trout for dinner, despite me throwing a can in the water and trying to sink it with stones.

The same thing happened to me when Princess Diana died; I remember exactly where I was the moment I was watching the screen as Sky News broke out the headline when she so tragically passed away. My mum says she will always vividly remember where she was when President JFK was shot that day in Dallas. I remember coming back to England and travelling up to my brother's place on the coach, my girlfriend at the time texted me when the World Trade Centre was hit on 11th September 2001 in a terrorist attack. Small pockets in time that withstand the test of time.

The thing that got me thinking about it is that, when people die, in that exact moment we get the news, why do we remember to the tee what we were doing and where we were? Is it just because they were famous personalities or atrocious deaths? No, I don't think so. I remember the day my dad left this world before he should have like it was yesterday, not 12 years ago. He was not famous. His voice still echoes in my head. I think Michael Jackson's distinctive speaking voice will echo in millions of heads all around the world for years to come without even switching on the TV or listening to any interviews over again.

It is the influence they have had on us in our living time. What they represent to us. For me the Pope is not a position; that is to say, the Head of the Catholic Church. For me the Pope is a person: Giovanni Paolo II, he was the longstanding, kind and caring man in white who I grew up with and who will always be in my eyes, The Pope. With all respect, Benedetto XVI for me is for me 'just' the Head of the Catholic church, if you know what I mean.

I was never a big fan of him, but Michael Jackson will remain musically unique in his era, just as Elvis Presley did before him. Both of them departed suddenly like it was the price to pay for their huge influence on the world. My closest hero was the same. My other hero, Crazy Horse of the Lakota Sioux Indians, lived over a 100 years before me. Yet he left this world early too, spreading the news like wildfire across the United States of America and remaining an influence on me like he did on his people he so proudly stood for and protected.

Legends will always live on. I lay out the red carpet in my mind for my own heroes and legends.
Email Post
Labels: People Things