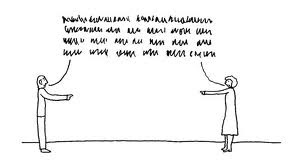 No, the title isn't a typing mistake after one to many Sunday aperitivos, or even some kind of mathematic equation I was attempting ( I stopped that religiously after my high school exams...urrrgh...maths...). It is actually a conclusion to something I was thinking about in which I ended up just noting these words in my notebook; at the time I had just a towel on and was dripping in sweat and couldn't really write down everything I was thinking about, so I just wrote that in my mobile phone when I got back in the changing rooms and hoped it would jog my memory. It did eventually, I think.
So just bear with me, while Einstein here tries to explain his theory. Well, for those of you who appreciate saunas - and I'm not talking about those philisitine bastards who come in, throw eight litres of water on it so the thermometer goes through the roof and then leave after less than five minutes because they can't stand the heat...bastards (excuse my French, but this here is my blog, I'll even let you swear at what I write if you read it) - a sauna, (regains breath) is a kind of medicine I think, and no particular medicinal cure is done really. You just sweat.
It's good for the skin and all that, but also for the mind. Sure, I go in after a heavy session on the weights and the heat worms it's way under the skin, into the depths of your body and soothes away any aches you might have. But it also soothes my mind. You just sit there, letting the heat build up and droplets of sweat to form streams and flow down your skin over long minutes (as long as those sauna philistines don't come in...grrr..), and you gradually feel ok. You relax. The toxins of life just drain out of you.
The male American Indians, when their day was to come to have their 'vision', when their purpose in life would be delivered to them in a dreamy vision, they would have to be prepared for what was to come. They had to become a man, a warrior, they had to accept their fate. For the Lakota Sioux the vision quest was a period of reflection to help members of the Lakota community reach important decisions.
As part of their preparation they would go to a remote spot with nothing but a medecine bag - (for example, the Lakota Sioux, in to the sacred Black hills) and sit in a self-built sauna in the company of a respected elder or even their father like Crazy Horse did; someone who would help them on their way and give them their names like Sitting Bull, Red Cloud, Crazy Horse, Black Elk and Dull Knife. They would sit there until there for days until all the toxins were flushed out and their body was ready for the sufference to come in order to obtain that vision.
I have sweated in recent months and I have also made what I believe to be some important decisions.
So after the '=' sign there was listening, right? Well, for me, this process of doing nothing in particular and sitting and letting the bad things flush out of you is like a good friend listening to another friend. Sometimes they don't have to offer advice and to suggest a solution, they just have to listen. They only need to show the acknowledgement that they have done just that. I know every now and again when I need to get something off my chest, I don't want a solution from them, but knowing that someone listens is all the medecine I need, just like a sauna.
The solution is in me and our ears are one of the most important tools we have.
Email Post
Labels: Attitudes Character Culture Living People Thoughts