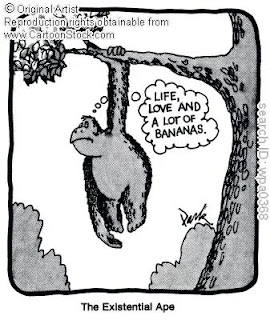 There are some people in this world, for one reason or another we (well, at least I) want to live forever. They are people who have given something good to this world in which it would be difficult to imagine it without them. Anybody famous and loved by this world of ours is mourned to the point where it feels a personal loss. Princess Diana for the English was like this.
When Pope John Paul II died, for me the figure of the Pope died. For me he was the Pope, like it wasn't a position of the Catholic church but that it was the person and as if he could not be replaced. He was one of the longest serving Popes and was he only one I had ever known and grown up with. Instead the cardinals gathered and sooner or later we saw the black cloud of smoke funneling from the Vatican turn to white to be followed by the St.Peter's square balcony declaration of "Habemus Papem". The Pope will always be, but Giovanni Paolo II's legacy will never leave us.
When Leslie Nielsen died at the end of last year, it was just hard to imagine a guy like that could die. He seemed like he would make people laugh at him forever like he does to me with Airplane and Naked Gun. And will watch those movies many more times to keep him alive, at least in my world.
As Nelson Mandela moves in to his nineties we know that this great man will not be with us for many more years. It will be strange to see someone like him gone, someone who taught how to live. Someone that never gave up, a born survivor. He has a right to live forever. For the English, Princess Diana is a figure that will forcefully live on, her fresh image will never grow old and wrinkly, she will always be present.
In that same year Mother Teresa died. And so did my father. In the world I live in people like these deserve eternity. They are cornerstones of our time. You will of course have others to form a sturdy scaffold to our world. History has a duty here to be like a life-support machine. I know it will. But is living forever a gift? Seeing loved ones come and go before them would bring hardship on a great person that does not deserve it. They would be left behind to always go forward. Like Queen and Freddie Mercury sang, "Who wants to live forever?"
Email Post
Labels: Living People Thoughts Tributes