My mind and his beard 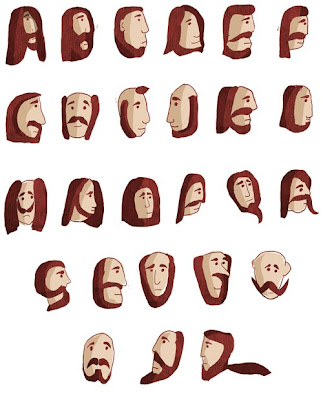 If I could sit and talk with him, have a quiet pint with him in the pub, what would I say? Where would I start? Every year that goes by I have another question. For that matter, what would he say?
He would have something to say. Allbeit briefly and to the point, but still, it would be food for thought, that at least I know. He probably ask how it's going, he'd want my opinion. And then he would have a few friendly suggestions, a couple of pointers. Just out of mild concern, just to make sure, just to make you aware.
Would he approve? That's one thing that makes me curious. I never got that far in finding out that side of him. Would he be happy of how things are? Would he turn me inside out? Does he know my mind? Hmm, did he ever... I remember him coming in one night from work and asking why I was dancing to no music while I was washing the dishes. I had a song in my head. But I don't think he could get his head around that one. There was less grey and more black and white in his world.
Apart from in his beard; now that was starting to go grey. I had always known him with that pirate blackbeard, had only seen photos of him wihtout it before I was born. In a way I was glad I got to see him in the flesh without one. The grin on his face that day, sat in the sunshine in his precious back garden, made me laugh. A time he made laughter out of a moment of sadness. Actually, I know the first thing I would ask. I would ask him how he managed to keep that beard for so long.
Email Post
Labels: Character People Thoughts Tributes