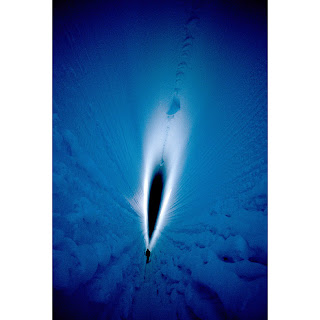 Steve the Stomach didn't have an easy job, his boss made pretty much sure of that on a daily basis. Steve worked hard for him too, as did all his colleagues.

Harry the Heart was an upbeat kinda guy. He never stopped. He was always working away, he was the real workhorse of the office.

Brian the Brain, sat at the top end of the office, always engrossed and almost steaming in his work, crunching information like Steve crunched on all the food that came his way. None of the others could really keep up with his complexity, as much as they would like to at least, but hey, that came with the territory, the poor guy had to split himself in two and deal with quite a lot, but somehow just managed to get on with it from so many different angles. Steve really admired him, but he just had a gut feeling (like he often did in his job) that Brian - despite everything he dealt with - would never end up with the feeling he did.

Larry the Liver and Pete the Pancreas were the kind of guys who just came in to work, did their stuff and not much else. Steve sat nearest to them. They had a pretty much ok life, just as long as their owner didn't turn to the drink, then it would remain to be seen how capable they were at working under stress, especially Larry. Many other livers Steve had known did not have as much resistance, not like Harry for instance. Saying that, they had to rely on Brian's work. As long as he wasn't overloaded, Larry would do fine.

Steve was a bit of an all-rounder in the office. He wasn't a bad multi-tasker, seeing as a lot of stuff came to him from his owner before anyone else had to deal with it, apart from Brian of course. If his owner poured down to him stuff that didn't agree with him, then it was Steve who was first to suffer. Steve just had to deal with it, even though the bowel department often got the brunt end of his work. Yet still, through even this - which Brian the Brain even managed to work closely with their owner and get him to take something from the pharmacy - there was a feeling Steve got in him at times like now, deep down that no pharmacy could help with. It was times like this that Steve felt sorry for his owner; of all the things he could digest, and efficient as he was at what he did, he couldn't do anything to help.

It pitted there, not moving for days at a time, usually earlier in the week after the weekend often managed to cloud it over and make his owner forget about it. Sometimes. Sometimes not even the weekend could dissolve the feeling. It ardently stayed there, arms crossed and closed tightly across its stubborn chest. And Steve always got to deal with it. It always lodged with him and he just didn't know what to do with its presence.

Sometimes he would approach Brian and see he what he could make of it. And more often than not, despite Brian never shying away from trying to resolve it, with this kind of feeling he could do nothing but frown his creases, shrug and say sorry to Steve. He couldn't figure it out either.

So Steve went back to his desk, dwelling, carrying on with his daily tasks, which sometimes, when the feeling wedged as firmly as any oil-tanker's anchor at the bottom of of his well of a stomach, even the food Steve had to digest didn't come that often. Steve was left swimming in the feeling's presence. He couldn't even approach the it, he had no idea how to, christ, if Brian couldn't, what hope did he have? Nobody else could help him out, not even Harry, who was the real worker. If he didn't work, nobody was going to. And when the feeling was so dominant within, it even got to Harry, heavy on him as much as it was to Steve. And Harry had to keep on going.

Why was it there? Steve often asked himself, it was almost an eternal question. All he knew was that it wasn't pleasant and it was certainly not welcome. It shouldn't be there but he knew it would walk in unannounced at any time, in any owner. That at least he knew. It had the power to paralyse, to stop his owner getting on with anything, make him ponder and live fraught. Unease reigned absolute. The feeling would sometimes do its damn best to keep the owner awake at night. Because something was not quite right, something wasn't in its place, the road was not clear and you can't drive on through. You have to work through the lower gears and steer around the obstacles before you could push in to fifth and continue on the road ahead. Only you can't see the obstacles, not even your headlights can pinpoint them. You are driving almost blindly, relying on your instinct to see you through, the car bogged down on its wheel arches under this weight. There was never a user manual in the glove-apartment either - Brian was the closest thing they had to helping out in that way.

Yes, the weight. Harry knew how heavy it was if it got to him, but Steve had a pretty good idea too. He felt it on his shoulders and he couldn't shift it. It was the time that Laura and Lizzie, the two lungs would heave and help their owner sigh deeply, like a window had been opened and a gust that swept through their office. Only to sense the feeling still lingering there. As a team they made their owner work, they did him proud, yet not one of them could make it budge. Maybe something from the outside was needed, something out of their control, something that would touch the owner himself. Something or someone they could learn from and deal with on their own one day to make their owner even more proud of himself.

Directly above Steve, Laura and Lizzie sighed once more. Steve felt it down on him. Back to work, he thought, his owner was munching on an apple. Just routine stuff, not like the hot curry that Steve heard was being planned for tonight. Still despite the burn and the extra work he would need to do with his acids, the feeling at the bottom of himself would still be there above it all.
Email Post
Labels: Emotions Fiction Living Things Thoughts Writing