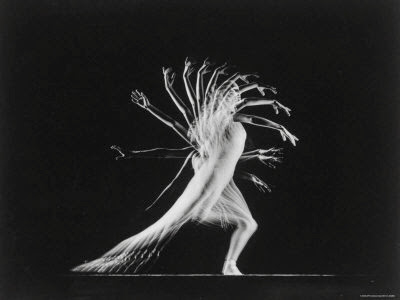 Another year in my life has passed. Another birthday was duly celebrated, even if I feel like I am getting to the stage in life where I don't want to celebrate them. One of my friends calls me Peter Pan - the boy who never grew up. I feel my life experience in my short existence so far has forced me to mature. Growing is mandatory; growing up is optional. So I am therefore a mature immature. Or should that be a mature immature? Whatever. Maybe my mate is right. I try not to think about it, especially when I am busy constructing Lego with my nephews.

Anyway, I like to get away on a birthday these days, it makes the day special still despite the cringe at another candle. Age is just a number, Ages 3+ on my lego boxes. Aaaaannnywaaaay...I was waffling saying, I like to get away, so away we went to Madrid for the weekend. Where we visited San Miguel Market where I geekily maturely took photos of fruit and veg, sipped on fine wines and sampled the delicacies of the individual stalls that make up a culinary collective daydream. Saturday was a day we didn't stop; we walked, we shopped, we admired architecture up and down the prestigious calles.

These city trips invigorate me. When you visit a city with lots of things to see and do, I have to live it, not just visit it and see it. Feel it. It is like taking a big ball of dough; you batter it, you need it and roll it over and over again from every aspect, mould it, to be sure you have done a thorough job. Cast your shape over it. You make it. You turn on the oven. It doesn't matter how many things there are, I can never look at it from the same angle, I have to see it in summer and then in winter. And by God this time I felt the bite of the cold winter that takes hold of the vast Meseta Central plateau on which it is situated, very different to the previous short-sleeved trips.

Every city is an adventure playground to walk, run, jump around, to make your way around, to move around. Cue House of Pain. Jump up, jump up and get down.

When we got back I was sent a video, this one below.When I saw it I thought how it could be me. Of all the walks in all the places, there are still so many to do. And when we have done all them, there will be more, and more. Maybe travelling is as infinite as numbers, keep on moving, don't stop, no. So less words and more visual. It really is quite simple.

I have fixed my eyes several times over on it. The guy in the centre and how everything is linear. There is always a line to follow (Between the lines). There will always be things to see around your line. Listen to the tinkering keys of the Piano as they speed up, a walk can break in to a jog then a run. How the chords come together to move and shake your world. Embrace them, go with the rhthym, that is life's pulse. The line he walks is the pulse. Don't let it flatline. Move. I would put a beer in every place in that video, but hey, that's just my mould.

Would Peter Pan get pissed? What would he drink? So maybe I've droned on and waffled a bit. So just skip all this crap and watch the video. Then write your own blog post.