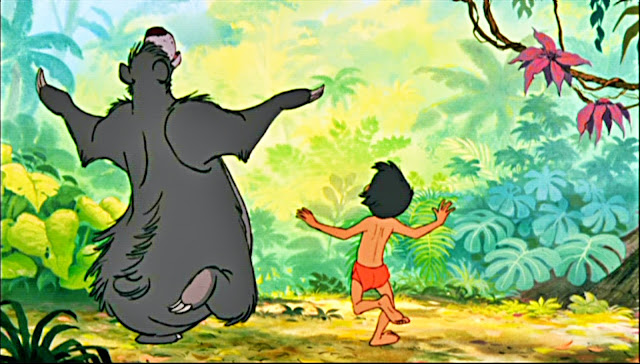 Maybe it's because I want to say something, but then I think I have nothing to say. On 31st March Frankie Knuckles died. For those of you who have no idea of who he was, he was an American DJ and a record producer. He was practically the inventor of house music. For those who have always wondered or didn't know, the term 'house music' comes from the first club he regularly DJed at - The Warehouse in Chicago, the style of music he played in that 'house'. He was known as the Godfather of House. In terms of Rock 'n' Roll, he is your Elvis kind of figure. Then along the came the disciples of Satoshi Tomie, David Morales, Roger Sanchez and co., and so a groove was born. The original groove armada. A groove I picked up in my late teen years, hit the dance floor with my first musical moves and have been head bobbing and toe tapping ever since. As Baloo the bear in The Jungle book said: "oh man, what a beat..."

You may want to stop reading right here if you aren't a dance or house music fan. Or maybe, just maybe, you can try and see me out for a moment as a music fan like myself.

Ok, I like my beats, I like a chunky, twangy bassline. Throw in a melodic vocal orgasm and I'm away with it on a multiple level. But what I think I what to get at is not the music itself, but the creation of a movement. That's what Frankie Knuckles did. He pioneered a local community on a global scene, he has been responsible for bringing people together ever since. He brought forth a style from the dying out disco sounds of the 70s and R&B and souls sounds in the 80s on a drum loop backdrop. I have been to clubs where people have travelled for as many miles to get their music thrills as they would to go to a U2 or Rolling Stones concert on the back of what he created.

With the electronic bleeps of 'Your Love', the smooth looping synth sounds of "The Whistle Song", the xylophonic and soulful 'Tears', a legacy was born and house music has been on a loop ever since. In Frankie we trust. To appreciate melody, music, rhythm, bass, happy tunes, to just quite simply immerse ourselves in music.

He was only 59 when diabetes related complications took him. He still had the club in him, he could still grace them. How can a 59 year-old still be clubbing? Because it is about the music. Music erases ages. I sing Frank Sinatra and Dean Martin songs in the shower from long before I was born. There are still the Woodstockers out there that on a sunny Sunday with friends and a barbeque in the privacy of their own backgarden will still get up and throw some old hippy moves like it was yesterday. The Whistle Song will keep on whistling.

We owe this to people like Frankie. Elvis left the building and left us a Rock 'n' Roll present, Frankie has joined him along with many others, and more will join them eventually. Make some noise. Make some music. As Lauren Becall said to Humphrey Bogart: "You know how to whistle don't you Steve? you just put your lips together and...blow".