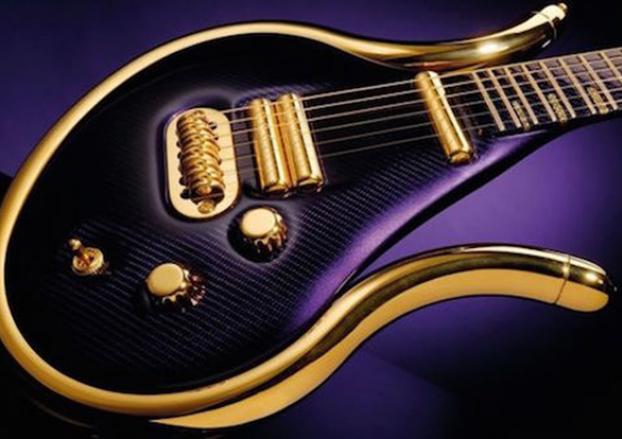 Just four days after I write a post here about all these famous artists in their own right dying so far this year (The 2015s model) and then one more goes...Prince.

Almost immediately after trying to digest that someone like him had also left us, I thought of what I had written here only days before. All this last week I have been reading articles and hearing people talking about all these creative souls leaving us before their time, only days after writing about it myself. I feel like I have come across a multi-car pile up on my motorway and feel almost uncomfortable writing about these things here, like I have put words in other people's mouths. I realise that the labels I have been putting on these posts include an increasing amount of tributes attached to them. So then I have to remember what I wrote about them; how we have to celebrate them. Damn it, we have to talk about them once they are gone, to keep them with us, to honour them.

And Prince is right up there with them, he has so much to celebrate. He was very much a musical maestro as much as Johan Cruyff was a maestro to football (The end of the road), just another one of the lost souls I've recently wrote about. Prince could play so many instruments, he wrote so many songs, musical talent just simply oozed from every pore in his skin.

I remember as a kid when I first heard of him and this song called 'When doves cry'. It was in with the synthesize feel of the 80s, but when I found out it had no bass in it, even though I really knew nothing about music at the time, it quite simply and strangely intrigued me. In music I knew the bass went with the treble and there was a beat and a riff, but I didn't understand how important that undercurrent of the bass is, how it is its surging, pulsing heartbeat. His instinct pulled it out at the last minute for a different sound, and so his genius thereafter spread to the world. It's weird now that I can play the drums a bit and annoy the neighbours with my cajon, but one instrument I would love to learn is the bass. Go on YouTube and type in 'Prince Bass solo' and you will just simply see how he was capable of bringing a Midas touch to every instrument he played. Maybe When doves cry had some subconscious effect on me to rear it's head years later. In a nutshell, that song, that sound, had a strange influence on my music tastes.

But like the Beatles or Elvis, we all have a Prince song that we love, probably even more, I don't think there is one person on this planet that cannot sit still to 'Kiss'. His death forces you to remind yourself of all of them, all the ones you new well but had almost forgotten about. There was the catchy beat, the romanticism, there were strings and of course those sexy guitar riffs; whether rocking, strumming or funking, he couldn't do without them. In one way or another he drew you in, you can't deny it. There is a little bit of him in so many songs, across the genres, so even though you might not think it at first, there is a little bit of him in all of us. For Justin Timberlake it was Raspberry Beret when he was only 4 years old, saying in the wake of his death how "we would be silly to say he inspired our music, it's beyond that. He's somewhere within every song I've ever written."

Even when I first heard When doves cry and Purple rain, I, like many I think, tried to deny it, tried to say it didn't really float your boat, but I think to be honest for his physical appearance, his look. The frilly shirt and curly perm didn't do it for me, I was even too young for the New Romantics thing. He looked almost like a spoilt diva, with stories of how you couldn't talk directly to him. That's when you learn to not judge a book by its cover. He had the moves, the voice and the talent, so we can probably say it was just plain envy of this small man. Besides, maybe any woman will be in a better position to say than me that he is probably the only ever guy who you can rock a pair of heels and a crop-top and be damn right sexy doing it. The new wave pantie magnet. One thing I do know is that he could scream at any point in any song like an emotionally distressed girl and still sound downright cool and completely in tune.

So let his music do the talking, it was always about the music, and it always is. He wrote so many songs that just couldn't be put in to any particular pigeon hole. He wrote for others to become stars. His Paisley Park studio was like some kind of musical experimental laboratory. He would write and perform a song with a rock feel, but still make it as funky as anything James Brown or Stevie Wonder did. The Godfather of Soul and Sly and the Family Stone were at the core of his upbringing, that moulded his music. That gave him his shrill and his guitar sounds.

Oh, those guitar riffs come to me again, like some kind of influential Hendrixology.

As my musical tastes matured, and I realised what really got my groove, listening to his 2004 album Musicology really was a study of his art, a raw tribute to those funk influences, to give you the feel of music like 'back in the day' as he so well put in the opening track. There was a serious amount of funk at the heart of what he did. He was true to his persona.

That Superbowl half-time show in 2007 was arguably the best Superbowl show ever. As it poured down over Miami and he rocked an entire stadium, finishing with his classic 'Purple Rain', it was if he had summoned the rain himself as part of the special effects for the song, it was so, well, justly.

What really did it for me, what put the big fat full stop after the word respect, was seeing him on the Arsenio Hall show in 2014. All the years he had played and lived music, crossed all the genres, all the instruments, all the sounds. The realisations through his life. All the subtle changes in style and all the women... He looked so relaxed and open, as if almost enjoying himself despite his timidness up close. He seemed in a good place, like he did not have to prove anything to the people. He was happy with what he was giving to life and what it had given him. Even before then in an unplugged concert, just him and of course, a purple acoustic guitar; how he was raw and in tune with the fans, joking with them and how he played with them on his risque lyrics. There was a sweet kind of unplugged intimacy to it all, to him the man, to what you want life to be.

He never spoke of his philanthropy, his charity work, yet there was so much of it. Also what he gave to other musicians, how he he made those in his backing bands feature in the music he made, it was not all about him. Even his latest backing band, 3rdeyegirl, was - as he put it - full of talent that he himself had learned from. Like I said, it is always about the music, that comes first, not the artist. His humility eventually shone through by itself if people were not not to judge so quickly. What was I saying about pigeon-holeing?

So as this last mournful week has took its course, its not just about him dying, a musical genius, but of what he gave to life, what we can learn from him. Where we really need to go on our journey and the choices we make. As much as my love for the written word, I am not even sure if mine are the right ones. But somewhere in all the words through his music I think there is something we can learn in life. We all make mistakes and have a past, but it is about moving forward and making the most of it. Giving something back, standing strong with one another and doing the right thing. Fittingly, in the words of the man himself at the start of 'Let's go crazy': "Dearly beloved we are gathered here today to get through this thing called life". Life will be less purple without him, but think of the colour and he will always come to mind. Legends live on, and so must we.