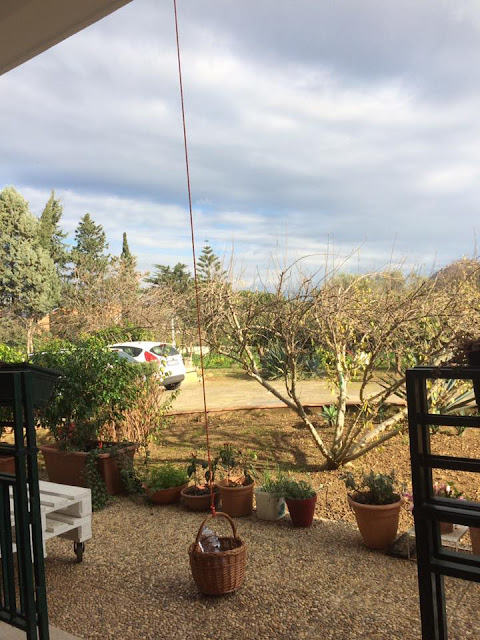 I really set out on my motorway back in 1992. It was the year I left home and went to live in Tenerife on my first journey experience, going out there on my own road, my way. Months of fun in the sun as a teenage cocktail bartender flaring bottles in Playa de Las Americas on the back of Tom Cruise's cocktail and dreams. It was setting out on the journey for the first time, to where I feel I have never got off the road, my own road and still my way.

For me that was a good year, something the Queen would beg to differ; a year 'on which I shall look back with undiluted pleasure. In the words of one of my more sympathetic correspondents, it has turned out to be an Annus Horrribilis. I suspect I am not not alone in thinking so.' she claimed. I don't remember it being that bad a year for many people, but if she had said it in this 2016 Christmas' speech, maybe a lot of people would have been in agreement.

In the first quarter of 2016, I felt it: The 2015s model. the Grim Reaper crept in and stubbornly hung around like an unwelcome squatter feeding on a stolen gourmet menu of artists in many forms, whether music, acting or in sport. Respected famous people who had contributed so much to society fell to his scythe, casting a dark overcast gloom for the rest of the year. It bred Brexit, and then loaded Trump in to the barrel of a dangerous four-year gun.

It has been a past year where I have also struggled to write here. I have become lost for words, or just don't know where to find them, and even when I do, not knowing what to do with them, to put them in any order or make any sense, they were just here muddled like a Rubik's Cube, turning and turning but getting no closer to joining the six solid sides of colour. After over eight years scrawling here I thought that maybe the road was coming to an end, or a seemingly endless amount of big red road signs signalling roadworks was not budging. There was no progress, I have shifted uneasily between second and third gear, testing my resolve, my left foot aching between the clutch changes. Fifth gear cruising did not want to know me.

So as I managed to get up on New Years day without a hangover, it already gave me a sense of moving in the right direction. Most days the first thing I do is drink a glass of water with a lemon squeezed in it before breakfast; having spent the New Year in Italy, or more precisely in Sicily at the in-laws, the day could not have started better than a glass of water with a Sicilian lemon. And then another glass. Because that makes the difference. There are no lemons like Sicilian lemons, especially home grown out the garden, I don't even know how to describe it, they have an edge on all the others, it's not like they are sweeter because lemons aren't sweeter, they are maybe closer to limes because they have a perfume or something, and yes I'll just stop because I will start waffling...about lemons. Let's just say it's a healthy start to any day, but an appropriate start to this new year. If you are ever in Sicily maybe try one and then you just might get on my wavelength.

The zest helped me come here again, to splurge some words on this page, to kickstart the year. Whether I can keep the engine ticking over, I don't know. Maybe I need a change of direction to keep the journey going, or just maybe I have reached a destination. I like to travel, and in recent years having rediscovered my backpack, I have picked it back up big style. I have never considered myself a tourist - they always have the going back home in mind. I have never had a destination, a final place, I am in more than one sense a traveler and will keep going in some sense or another. I know that sometimes I just need to stop for a while. Whenever the feet start to itch is when I need to move. I hope my fingers still keep itching to type. We'll see.

As the year ends and a new one starts, I find myself always going back to the essentials, the things that make us, the stuff we are made of. those building bricks of ourselves, back to our very basics like what I wrote here this time eight years ago in 2009: Back to basics. With my simple start to the new year with a historic and fundamental yellow fruit, we ate a late breakfast and I gazed out the patio doors of the downstairs apartment where my girlfriend's sister lives to see an old fashioned wicker basket with a thin rope hanging down from the balcony of their parent's house. A bottle of water sat in it, a basic requirement of life, hauled down by hand. It made me smile how these years old traditions still remain strong, it made me kinda wish there were some juicy tomatoes and some more lemons in there too.

As 2016 came to a close, the geek in me rose above all, broke through the grey blanket sky and took me in to Hyperspace and a galaxy far, far away...or at least to the cinema to see Rogue One, the new stand-alone Star Wars movie which at least made the year finish on a good point along with Christmas with family and friends. Now it's time to get on with 2017. I have never believed in good luck, like the Seneca quote goes: "It is a point where preparation and opportunity meet"; so we need to be prepared and to recognise and take the opportunities as they come along. With one other thing. Just as in the final scene of Rogue One, when the Rebel Alliance Commander asks Princess Leia: "What have they sent us?" to which she replies: "Hope". A bitter sweet ending as the protagonists die getting the Death Star plans, but give hope for the future. That we can never do without, we need it more than ever for 2017. Hope and more Sicilian lemons to start my days.