Dejavú. I've been here before.

At about this time last year I spent a whole Sunday afternoon watching videos on YouTube of an unknown and unsigned band called Walk Off The Earth. They were 5 peeps playing one guitar and doing a cover of Gotye's 'Somebody I Used To Know' which presently stands at 146 million hits. Quite simply raw f@*$king talent. I was blown away by the imagination of it all and I have followed them ever since. (http://andrewgranville.blogspot.com.es/2012/01/imagination-rules.html  - That famous fuzzy haired guy's quote at the end of this post quote chimes again.)

Well just as I thought they couldn't do anyway as good as that, I am pleasantly proved wrong. Now they have done 5 peeps and NOT even one instrument doing a cover of Taylor Swift's 'I Knew You Were Trouble', something that even Taylor Swift herself has praised them for. Have you just watched the video here? Well that dude doing the beats is an Alien. How the hell he manages to do all that with his mouth is beyond me. When I saw it for the first time I couldn't sit still, bobbing and rocking myself to the beat. I put it on repeat, again and again. I haven't listened to the original since.

More significantly I sat trying to distort my mouth and very muscle around it in an attempt to produce some kind of similar noises. If there had been a fly on the wall with a video camera and had put it on YouTube I would have got more hits than the band...for ridiculousness, and because you would see a guy that seems to be having face spasms staring in to a laptop.

The thing is the video did exactly what the group did to me this time last year. They inspired me once again. They made me want to try things, to go forth and imagine and distort, to turn life inside out and look at things in a different way. To see the opportunity there is but which sometimes knocks only softly. Watch, listen, be inspired. By doing that we can get the most out of life.

Quite often I will read before I write, to get me in the mood and to turn me on, it can be my literary foreplay. Sometimes I will quite simply continue with the foreplay, teasing my mind, not letting myself sit down and write so that I think more and be more and more in the mood until I can't resist any longer and I have to explode my thoughts on the page. Recently I found a couple of Street Art pages on facebook that I now see every day on my home page daily feed. They stimulate me as an alternative to reading. So let's keep the foreplay from being predictive. 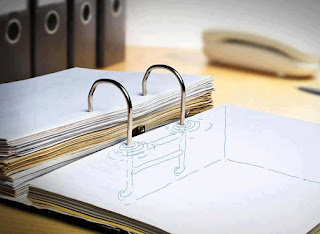 Replicate. Repeat. The video and the photo here do just that of the post I did a year ago. Like the loop pedal they so fondly use I have looped too in what I write. And I am kinda trying to do with my mouth again. Again I'm so excited as I write, I might pee my pants. My face is distorted but my hands save me, they can't stop, they keep the beat no problem. The cajon calls me. After the toilet that is.
Email Post
Labels: Blogging Emotions Living Music People Social networking Sounds Writing