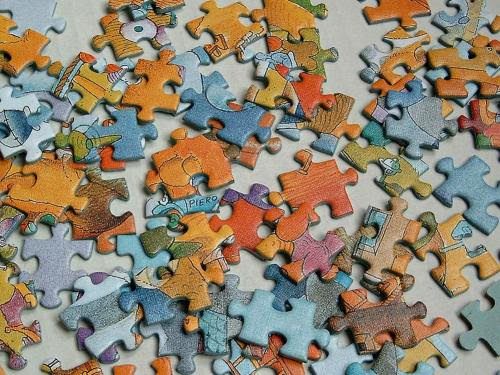 What is the longest journey you have been on? I can tell you that mine is to a land called Inspiration. It's a place I am in continual journey to. Not just for here, not just to write, but it has helped me many a time to write something here. It keeps my writing muscles trained and toned.

How many times have you taken a road trip in a car? How many cars have made that journey more pleasurable? The actual way there is for much of the time the destination in itself, a kind of suburb of the city centre. The comfy interior, the stereo sound, the built in satnavs, air-con and mod-cons. The handling of the car itself. They say that writing is a lonely venture, but I say it is the collective part of me that makes me write. Sure, what I write here is what goes on in my mind, but it is essentially thanks to the car that takes me everywhere, it is down to the people around me. I am just the collector of the collective, putting it on a page, or something like that.

Writing this post here was one of those I wrote with a fury of inspired finger tapping like a mad pianist at the keys, thanks to the virtual introduction of a collective in itself from an Anglo-Italian musician friend of mine. I won't say his name, not just yet, because he still has to write something for me here; he will then have it down on paper in his own right in all the glory, or at least that's my sales pitch. Maybe if he reads this he might get his arse in to gear and twang out some lines on a page for me like he does on a (bass) guitar.

Through his chunkiest of basslines he has collaborated musically with one of the most original and pure music driven projects I have seen since I got all hyper about the Canadian group, Walk off the Earth (who I still bang on about to everyone: Imagination rules, Imagination rules dejavu). If you are a lover of music in itself, you need to check out this little project called 4Bar Collective. It is so simple but so damn inspiring and makes you want to create something yourself, not just music, but anything.

They don't throw guitars around or all five of them play just on one. They don't mix up their own instruments and invent basslines from an empty water bottle or a high-hat from two knives like Walk off the Earth do (not yet anyway) but they are from the same mould. From what I have seen and heard and read and been told by my mate, they are all for the music. And they want everything and everyone around them to breathe it all in too, just like my Canadian fix. So much so, that they invited people to join them; hence the 4Bar Collective was born and a journey and adventure was underway. They manage to collect together the seemingly unconnected. Dan and Kirsty, chapeau, my compliments. I don't know you but you have driven me to write this, you have turned on my taps and you float my boat. No water pun intended there but water does bring life...

After going on their website and seeing what Dan wrote it made me smile. He came up with the idea at 5am one morning lying in bed. I am not alone, I am part of that breed. Now on my journey I follow their journey. I have jumped in to their car for the ride. I can't resist clicking on their videos they post on their facebook page I promptly liked. I am not a musician but I now want to go and bang on the cajon. They are bringing people together with four bars of music, a riff, a fusion of musical awareness and fresh ideas that are thrown in a cauldron to excite and grow your creative buds like essential proteins to grow muscles. Believe me, you might not like one particular kind of music, but you will find something here in this mix. They put the four bars they collect from musicians all over the place and make it in to something. It's a great idea, it's inspirational. I liked their facebook page even without hearing one bar of music from them, never mind four. I saw the name and just loved the idea before anything. It was a hunch, and I rightly went with it.

I would love to see an epidemic spread here, just like the 150 million hits Walk off the Earth got, by all means infect the shit out of me.

Get up, get out there, make the effort, do something, create something, anything.