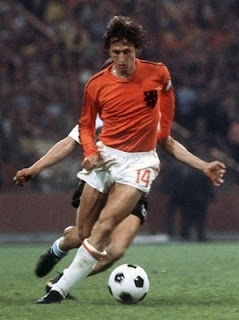 With Rooney scoring after Vidic had been sent off, it wasn't just the determination and the true grit of 11 individuals out there today that won it, it was a squad thing. Because that's what Manchester United is - not a team, but a squad, a collective of talent at the mastery hands of Alex Ferguson; the manager, the General. On any stage they are a joy to watch.

A solid defence led by Ferdinand. A hardworking, diligent and intelligent midfield with Scholes, Carrick and Anderson. The magical showmanship of Cristiano Ronaldo and the evergreen class of Giggs along with Nani, all interweaving and playing off one another behind a front firing line with the likes of Rooney, Tevez. Whether it is a classic 4-4-2 or a 4-3-3 or a 4-2-3-1, the formation does not matter.

It is the spirit of the team. How they intertwine with each other all over the field, their versitility. How they work together, how they gel, how they play for the colours they wear and not for themselves. It is the closest thing to the total football played by Johan Cruyff, Johan Neeskens & co. for the Holland national team of the 70s. Cruyff did not have a position, he was just simply everywhere.

But it's not just about the football. There is something more. Watching them wills you to do something, to get up and move and do things in your life. Live not exist. That is why I play hockey - it has taught me alot. It has showed me how to fight for a cause, how to stay in group and contribute and care, to work for others, to mix and to be part of something. To belong to something, to give everything.

Just imagine if Manchester United was the government with Ferguson as the Prime Minister.

With such a collective of players like cabinet ministers. A mix of talent, skill, calm, incision and experience. More importantly, with their will to do their own individual jobs effectively and to come together, work together, working with and working for each other for their country like they do each week in football stadiums for their fans. Yeah...they could drive a country out of a crisis like now. But with the right attitude couldn't we all?
Email Post
Labels: Attitudes People Sport