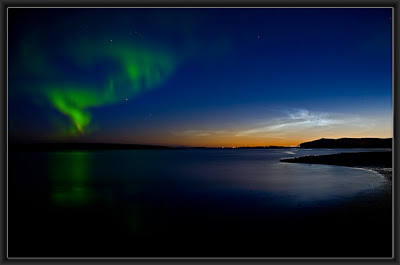 During the Christmas holidays the food and alcohol content inevitably hikes up, that is pretty obvious. But one other thing creeps up on me as I catch up with family friends back where we all sprouted from. That is late nights.
In my younger after-college days, I became a bartender and a bar manager and the late nights came as part of the unwritten psychological contract. I lived in Tenerife for a year and they basically got later. The night time had become my time. Even on nights off or nights when I just stayed at home reading or infront of the TV, my body clock wouldn't let me hit the hay until three in the morning at least. The summer holidays when friends were home from University and - just like now -every Christmas, my friends and me would creep further in to the night. Sometimes they were alcohol and club fuelled nights, other nights were with vicously competitive games of Hotel (yep, the board game) where the battle for the President, the most prestigious of the five hotels always dominated.
Some nights were just simply fuelled on conversation, and with that always came music. I can remember one night in my house with my friend Moo a year or so before I moved to Italy, talking and laughing about so many things. Along with it was K-Klass' 'Let me show you'. On repeat. Or should I say on the turntable with me constantly putting the needle back and forth. It was on a 12 inch vinyl and at the height of my bedroom mixing DJ days. It carried us through from about 11pm until dawn.
Usually on nights like that a Cafe del Mar chill-out album would have ruled the stereo, but it was one of our and our other mates' tune of the moment. But the melodic and thumping piano riff bounced in the background. It was a reflection of our happy conversation and of our friendship. One thing I have to see in my time is the aurora borealis - the northern lights. Some nights with friends are just as good. They light up my nights just the same way.
Just give me a moment...I need to get it up again on You Tube...
There we go. There goes that piano riff... (Musical interlude)
Now like that night, a house track isn't the kind of music I can write to, but my fingers are jigging around the keyboard and my head is nodding.
Now as usual over the last week of every year, we have had a few nights talking in to the twighlight hours and now the night I can feel the night has crept up on me again. With five minutes here, ten minutes more there, creeping up on me again, I find myself going back to those night owl days.
When I left bar tending and the night hours in my mid to late twenties, it took me so long to adjust to the early mornings, getting up and getting in to the rhthym of it all. But give me ten minutes to get used to the night hours again. Of course with no light to guide you can get lost in the dark. But I get lost in another sense. Time makes no difference, you can take your watch off your wrist and disregard it (as long as you don't have to get up in the morning that is!). My friends and I can very easily lose ourselves in those dark hours. Maybe we would make good vampires. No watches or clocks, just the twighlight to give us any indication of time.
Aaahh...dawn. Watching the sun come up is the best time of the day when you have been up all night. I will have an eternal passionate love affair with dawn. Going to bed and getting up at dawn however, is something very different. I'm not remotely in love with it like that.
Now as I sign off and listen to K-Klass just one more time, I will put on a few more episodes of 24 on DVD, because I know, just like it is for Keifer Sutherland's character - Jack Bauer, it is going to be a long night even though I have to get up in the morning. That owl is hooting in me.
Email Post
Labels: Emotions Living Music People