Mind at work: The Children's Cut 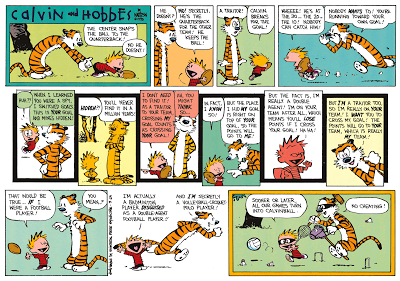 So here in this blog space is where my mind works in many ways transmitted from  my fingertips. Sometimes straight and simple, other times twisted and complicated. These are the roads which we travel on each day - and they are not all German Autobahns, unfortunately. Least of all what goes on in my head, I wish I did have that Vorsprung Durch Technik, I'll just have to settle with the advancement I have in place with no Audi enhancements.

This week on my Christmas jollies, watching both my nephews playing with their Christmas toys I felt the need to write about them. About what goes on in their heads at this joyous time, which doesn't end at the end of the twelve days of Christmas, childhood is a joy and it is heartening to watch. Or is it just childrens' minds full stop? I also have an 11-year old niece with Asperger syndrome; I would give so much to for her to be able to speak her mind out loud to us all., to even write it down for me to help me understand, which is a reason why I write.

Watching my 7-year old nephew play with his lego and invent worlds is delightful and reminded of my childhood. Hearing him in his room talk to himself, making up the voices of the goodies and the baddies is something close to my heart when I read to them and do the same to make it as realistic as possible, just like those Jackanory TV presenters did in my childhood.

Spending three nights on a big blow up mattress with my 5-year old nephew insisting on sleeping with his uncle and waking up at 6:30 in the morning isn't the best. But when he climbs back in the bed with the two lego sets I had built with him the day before. it was like I was witnessing pages from my Calvin and Hobbes books where Calvin becomes Spaceman Spiff; it is worth it (as long as I haven't been out the night before...). As I am slowly being woken up out of my sleep-comfort zone, his mind is already exploring and drifting off in to galaxies as the diddy lego figures of Han Solo, Luke Skywalker and Imperial Stormtroopers stand on the wings of the AAT (Armoured Assault Tank) or the X-Wing fighter, swooping down on the Jabba the Hut uncle wallowing in the duvet next to him. Upon asking him why the AAT keeps breaking and the wings keep coming off every two minutes for me to fix the answer is quite simple: " I don't know Uncle Andrew, they just come off by themselves..."  It must be the force then...Hmm, much to learn you have young Andrew...

Watching him take a handful of his favourite mini cocktail sausages and having a mid-afternoon break, you can see his mind has not for one moment drifted off from the game, because those sausages can become spaceships at any time. When he picks up his new Batman toys and all the weapons, cars and gimmicks to go with them, what does Batman, the baddies Joker and Bane have in common with his little 2-year old sister's My Little Pony Dream Castle?? Everything to a kid. There are walls to scale, rooms to hide and jump out of. We adults really do need to learn a lotta shit sometimes. Or maybe we really need the force and tell them these are not the droids you are looking for...or the toys they are looking for ;-)

Kids should be Sci-fi movie directors. Can you imagine Bladerunner, not the Director's Cut, but the Children's cut? (Sorry Ridley). Maybe life should be like Benjamin Button's where the experience comes with a child's body and mind, I wonder what world it would make.

Never ever tell a child that Batman can't play with My Little Pony. My nephew and niece can play together. They break down barriers while an Adult builds them. They play happily with empty boxes for God's sake.

Children find everything in nothing. Adults find nothing in everything.