It's as simple as that 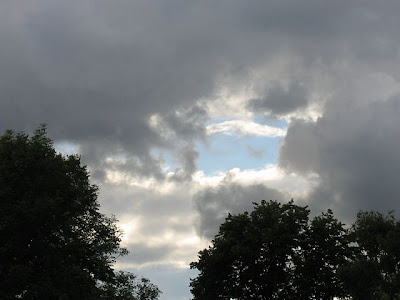 A man wakes up on a November morning. He opens the window and before he can throw back the shutters, he feels the damp move in on him and cling on to his bare torso; he knows what is lurking behind the shutters before he even pushes them. As he sees them swing apart, the last defences against the damp air are swept aside and he is exposed to its penetrating chill. As he reshuts the window he stares back at the gloomy day ahead of him. He has to go out in it, it's as simple as that, there is no way around it.
He showers and lets the hot water flow over him, enjoying it while it lasts. He dresses and trumps down the stairs and makes coffee. He sits and stares in to nothing while he drinks it; short sharp sips, enjoying its warmth while it lasts. He puts on a scarf, bunching it tightly up to his neck. He doesn't usually wear a scarf until December when he really starts to feel the bite of the morning cold. But it is only November. He hauls on his trenchcoat and buttons up the double-breasted front. He steps outside. He has to.
He is thankful it isn't raining as he walks down the road from his house, his shoulders hunched, his arms close to his body with his hands tightly in his pockets. As a cold wind picks up pace, his head retreats in to his up-turned collar and once again he thanks God that it isn't raining. Wind and rain together is the worst. He plods on.
The wind eventually dies down and he can lift his head slightly from within his collar. He takes a deeper breath, wanting to challenge the air, let his body feel it and adapt to it. He keeps up a fast walk. He tilts his head slightly up and sees the sky shifting, the grey is getting whiter. Then he sees it. A glimpse of blue. His pace slows a little and then he stops and waits at the busy roadside to cross, his gaze never leaving the hole of sky through the blanket of grey. He stares at it, willing it to grow before looking for a break in the traffic and hastily crossing.
As he gets to the other side it is no longer just a glimpse. His pace is steady now, as is his gaze to the sky. His body straightens and walks more upright with every step and every second of increasing blue, his arms at the elbows ease their firm hold at his sides. The blue grows slowly, creeping up on its grey competitor and a ray of sunlight accompanies it now, becoming the blue's ally.
The man smiles. It was all he needed. It's as simple as that.
Email Post
Labels: Fiction Living People Places Seasons